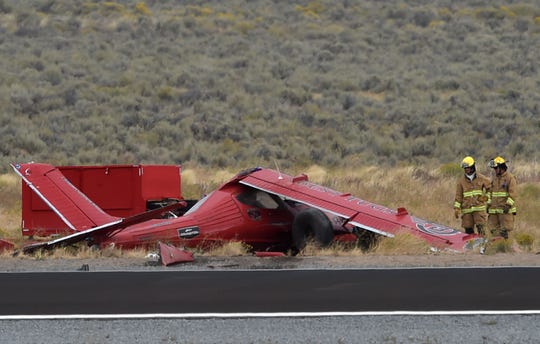 ‘PLANE DID NOT FAIL ME, I FAILED THE PLANE’

“I made mistakes,” said Mike Patey, a few hours after he survived a horrendous takeoff crash documented on social media that “completely destroyed” the popular short takeoff and landing aircraft Draco at Reno/Stead Airport Sept. 16.

“The plane did not fail me. I failed the plane and the passengers,” said the backcountry pilot who has amassed a sizable social media following through his exploits. He told AOPA in a telephone interview that his wife and another passenger were “physically in sound shape.” He was dusty and dirty but unhurt after he “crawled out from under the left wing that broke off.”

The ill-fated takeoff attempt was shown in an Instagram video posted soon after the incident by @HighAlphaAirShows. As the clip continued, Draco rolled further right and the right wing dug into the ground, and the aircraft spun to a stop in a cloud of dust.

A video filmed in the aftermath by Patey himself began logging views at a furious pace as soon as he posted it. The Reno Gazette Journal published a photo of the red high-wing turboprop that showed it resting upright under crumpled wings and a largely intact fuselage. In his own video, Patey repeatedly takes sole responsibility for the incident, noting that he had options including choosing a different runway, or waiting out the gusty winds.

“I should have waited,” Patey told his online audience. “I screwed up, made some bad choices, and as a result, I risked my family and friend. Draco‘s gone. That sucks. I hope you all learn from it.”

Patey and his two passengers were attempting to depart the airfield shortly after 10 a.m. following the Stihl National Championship Air Races in Reno, Nevada. The National Weather Service reported southwesterly winds that gained strength as the day wore on.

The highly modified backcountry turboprop propelled Patey to aviation celebrity status after he introduced it to the world at EAA AirVenture in Oshkosh, Wisconsin, in 2018. Patey brought the aircraft to  the second AOPA Fly-In of the year at Livermore, California, also taking part in other STOL demonstrations that are popular with younger and older aviators alike.

The demonstrations highlight the skills of pilots making precision landings and takeoffs in a variety of aircraft that vary from stock configurations to highly modified one-offs like Draco, which started its service life as a PZL–104 Wilga, a Polish-made airplane designed with piston power in mind. Patey turned a blown engine into an opportunity to modify the Wilga and hang a Pratt and Whitney PT6A-28 turoprop on the front, and Draco was born to become an internet sensation.

Cory Robin, a backcountry pilot affiliated with the “Flying Cowboys,” a tight-knit group of bush flying colleagues who help coordinate the annual High Sierra Fly-In and STOL Drag Races at Nevada’s Dead Cow Lakebed, said they were “heartbroken” and expressed concern for Patey and his passengers’ safety.

Patey had previously alerted social media followers on Sept. 12 that insurance challenges had forced him to pull the popular aircraft from future performances.

“I’m heartbroken to report that DRACO airshow performances and racing is over,” he wrote on his Facebook page during the Reno races. Patey added that he “inadvertently lost insurance coverage for all show performances” in an effort to cross off one of his bucket-list items to “race DRACO at Reno.”

Patey uploaded a video to his YouTube channel intended to help other pilots avoid similar situations. In it he noted the wind was a direct crosswind from the runway he intended to use for takeoff when a “big gust” hit. During the video recorded a few hours after the crash he said “the winds are now calm. So silly and so dumb,” he confessed.

“It was just a rough day,” Patey said. “Obviously, I am going to learn from it, and I hope others will as well.” 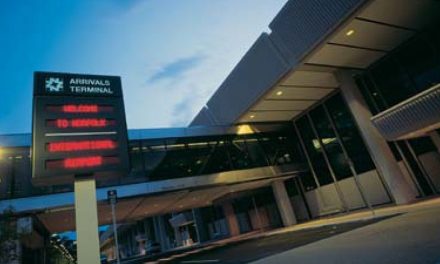 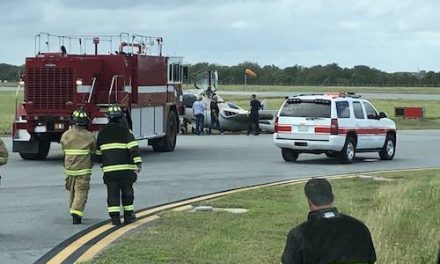