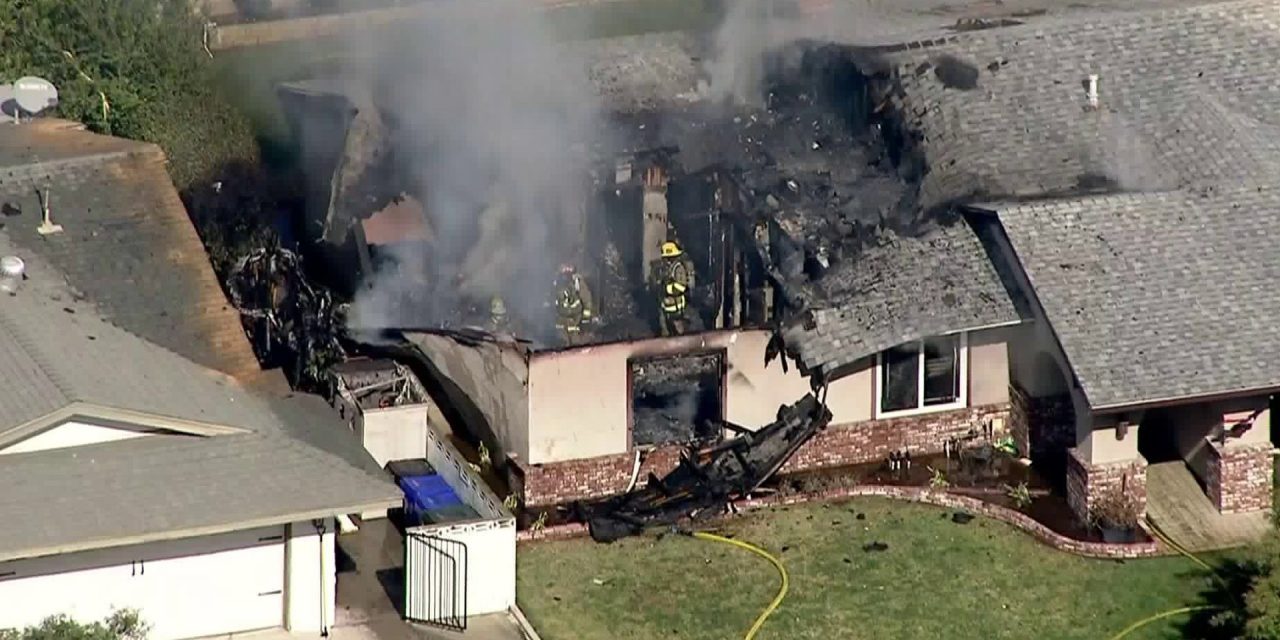 A pilot died after crashing a single-engine plane into a home in Upland, setting it ablaze Thursday morning as two people inside managed to escape unharmed, authorities said.

The plane was leaving Cable Airport in Upland when it collided into the house, according to the Federal Aviation Administration. 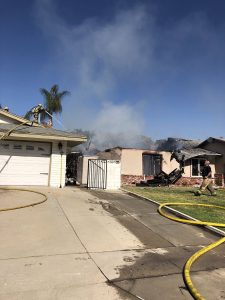 At 10:56 a.m., authorities were called to a fire at the home, located in the 1200 block of West Overland Court, according to fire officials and police. Firefighters managed to get the blaze under control by 12:20 p.m.

Witnesses thought the aircraft may have been a helicopter because a parachute was deployed, Upland Police Capt. Marcelo Blanco said, but it’s a four-seater, single-engine Cirrus SR22.

Some witnesses said the plane was flying extremely low and appeared as if it may have been trying to make a U-turn back toward the airport just before plunging from the sky.

Inside the home, a man and his infant son were able to escape without injury, authorities said.

Fred Bishop said it was his son-in-law and grandson, who were in their kitchen when the plane came through the roof.

“The explosion knocked them to the ground,” Bishop said.

His wife, Linda Bishop, said they had recently discussed her fears about planes flying over the neighborhood.

“Planes were just going like crazy over the house, and I said to my husband, ‘Isn’t it crazy that one of these doesn’t crash in one of these homes?’ ” she told KTLA. “I couldn’t believe the phone call I got this morning.”

Family members returned to the charred home Thursday evening to collect some belongings.

A GoFundMe page set up to raise money for the victims said the family of five lost all of their clothes, furniture and other possessions — everything that wasn’t in the garage — and must now find temporary housing.

“We’re asking friends and family to rally around Matt, Heather and their kids in this surreal and shocking time,” the page’s author wrote.

Ann Burdett, who lives next door, said she was at her computer facing a window that looks out to the home when she heard a “sudden explosion.”

“I felt the impact,” Burdett said. “The blinds were shut but they were that bright color.”

She screamed and her husband came running from his office in their home, yelling, “Get out! Get out!,” she said. “So we grabbed our cell phones and ran out.”

When they came out of their garage, they saw their neighbor’s “whole house was engulfed” in flames, she said.

Her neighbor come out with his son and “they were fine,” she said. 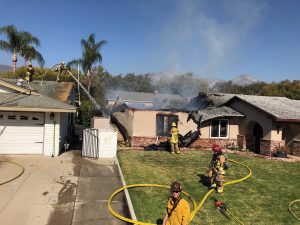 Another resident in the area, Jerald Guajardo, said he was banging on the windows and knocking on the door of the home, trying to make sure everyone was OK. He said he got a Chihuahua out of the house safely.

Officials with the National Transportation Safety Board, FAA and coroner’s office were also responding to investigate.

When Sky5 was over the scene earlier, an entire room of the house could be seen from the aerial footage, its interior exposed by the missing roof that collapsed on one side of the home. Smoke was still rising from the charred remains of the structure at 11:50 a.m.

The FAA initially indicated the plane was flying from Palm Springs International Airport to Torrance Municipal Airport and then changed that statement to say the plane was traveling from Torrance to Cable Airport. However, authorities have since clarified that the aircraft was actually leaving Cable Airport when the crash happened.

Authorities earlier said there were a total of three people in the home, including a baby, but the residents of the home told KTLA there was just two — a father and his infant son.

KTLA’s Nancy Fontan and Nidia Becerra contributed to this report. 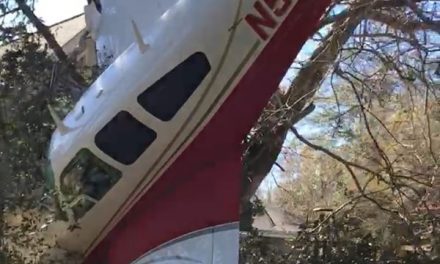