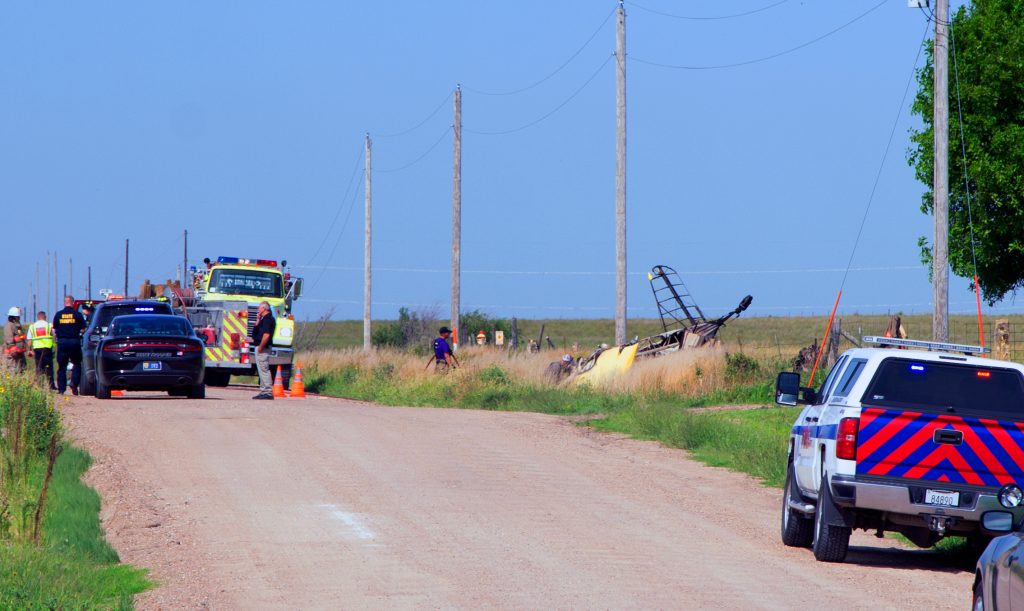 A single-engine agricultural biplane crashed south of Hays Tuesday morning killing the pilot shortly after taking off from his private runway about a mile west of Schoenchen.

The pilot was identified as John Werth, 70, Schoenchen, who died in the crash according to Kansas Highway Patrol Trooper Tod Hileman.

“At about 9:15 a.m. he took off from his runway, on his farm,” Hileman said. “Not long after that, the plane crashed into a ditch about a mile north of the end of his runway.”

The crash is near the intersection of Smoky Hill River Rd. and 240th Ave.

Smoky Hill River Rd. will remain closed from 220th Ave. to 240th Ave. through Wednesday as the accident is investigated.

A KHP pilot will lead the crash investigation until the Federal Aviation Administration arrives to determine the cause of the crash, according to Hileman.

The plane was identified as an Ag Cat 1985 bi-wing spray plane and was carrying chemicals for spraying at the time off take off.

The Ellis County Fire Department was on scene and was responsible for chemical cleanup, according to Hileman.