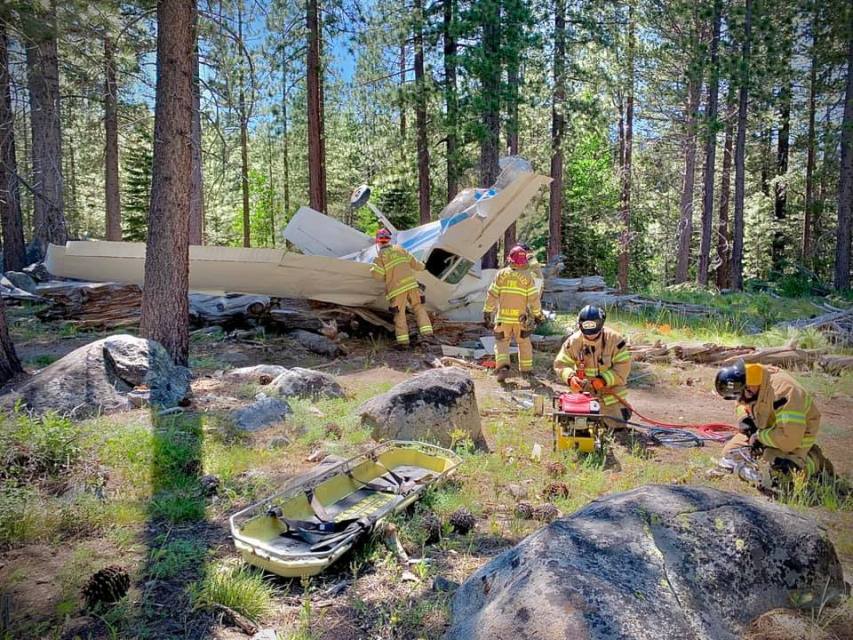 SOUTH LAKE TAHOE (CBS13) — A pilot is dead and his passenger is recovering after a small plane crash in Meyers.

Witnesses say the plane had taken off just minutes earlier from the South Lake Tahoe Airport and had seemed to be having trouble gaining altitude.

The crash happened just minutes after takeoff. The twisted body of the single-engine Cessna plane now sits upside down, wedged between rocks and trees. Its wheels can be seen sticking straight up. Its propeller is missing.

Investigators could be seen inside a crash site perimeter inspecting the area where the plane dropped out of the sky.

Lueder is a retired firefighter who lives about 100 yards from where the plane crash-landed. He was one of the first to reach the pilot and his passenger.

“The window on the door had flipped open so I could see her upside down,” Lueder said. “Both were both harnessed in and they were upside down.”

Lueder says the male pilot was unresponsive. The female passenger was able to talk.

“It’s a tragic situation,” Lueder said. “She came out. She was talking, and I don’t know what her status is.”

The area where the plane crashed is dotted with cabins and lined with dirt trails for hikers and bikers. The pilot managed to avoid hitting any people on the ground when the plane went down. 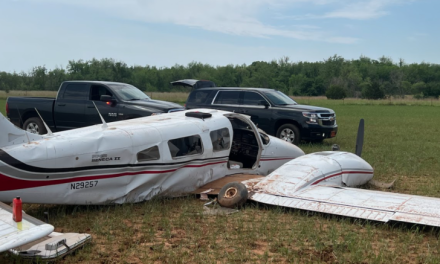