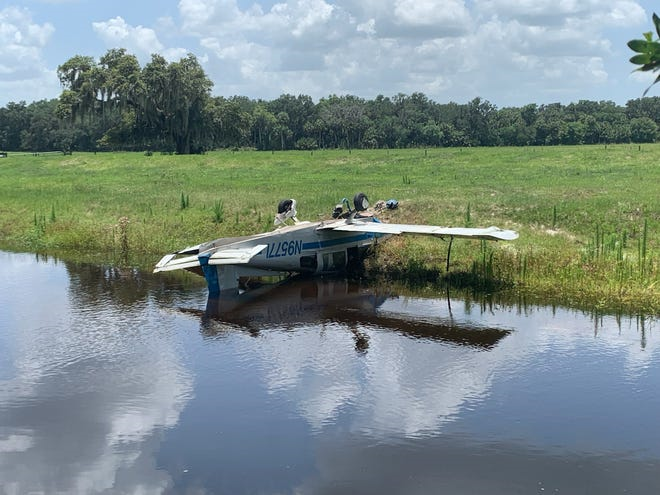 A small aircraft was found upside down at the edge of the Myakka River Tuesday morning after its pilot crashed the previous night, according to the Manatee County Sheriff’s Office.

Deputies said the pilot climbed out and was okay.

According to the Sheriff’s Office, deputies were still investigating the crash near 30303 Clay Gully Road, in Myakka City as of Tuesday afternoon.

A report from the Sheriff’s Office said a single-engine prop plane crashed on the Triangle Ranch in east Manatee County around 4 a.m. Tuesday.

A search failed to find the pilot of the aircraft, but authorities later learned the pilot walked away from the aircraft and contacted the National Transportation Safety Board.

The Federal Aviation Administration also recorded a plane crash in the Sarasota area Monday night. It identified the aircraft as a four-seat Grumman American AA-5 that crashed into a swamp and flipped over. It’s unclear if this is the same incident as the one in Myakka City.

The plane crash remains under investigation. The pilot was not identified.