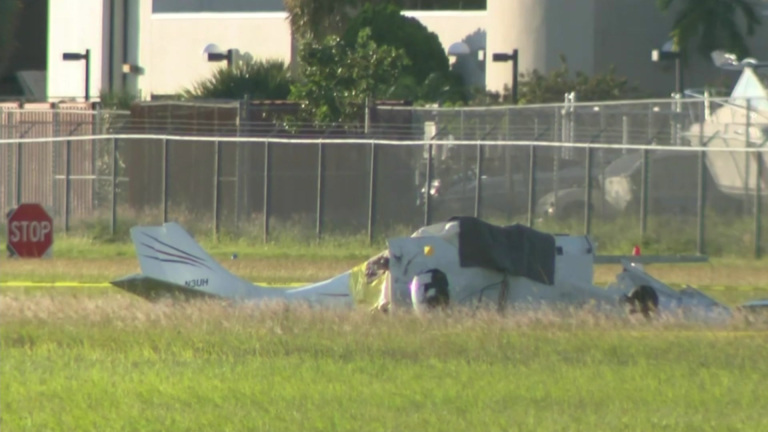 According to a spokesperson for North Perry Airport, the pilot reported an engine issue shortly after taking off and asked to return back.  While attempting to land, the plane went down while approaching the runway, at 3:25 p.m.

In video from Chopper 4, there was a yellow tarp draped over the wreckage of the single-engine Lancair Legacy FG aircraft.

The FAA confirms the pilot was the only person aboard.