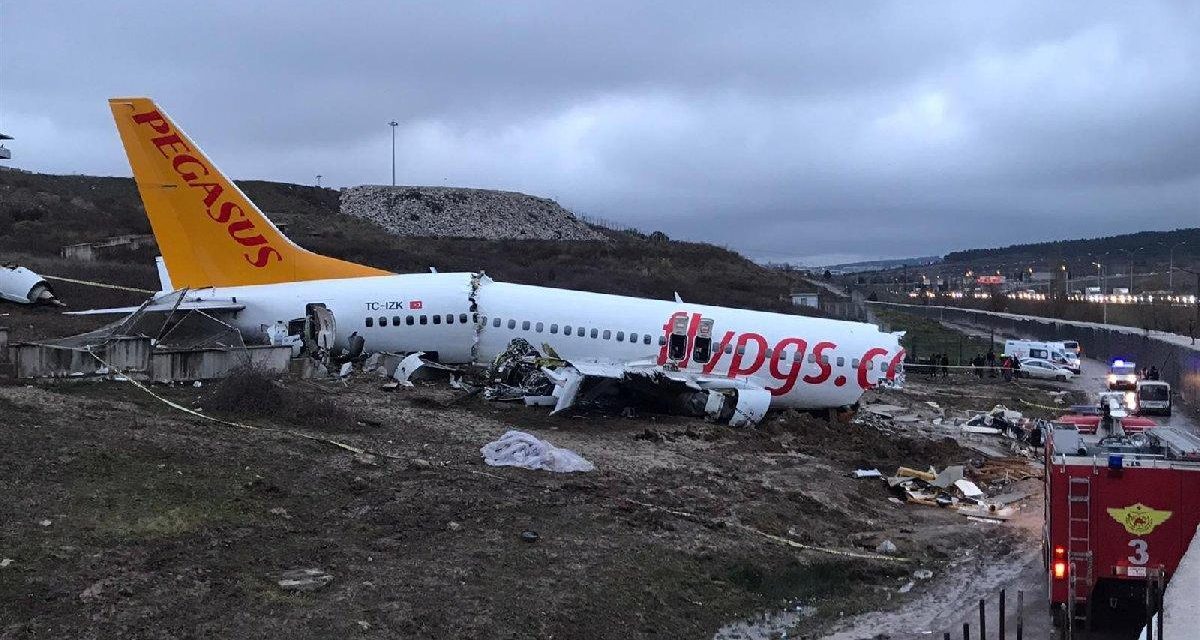 The pilot of an airplane that skidded off the runway in Istanbul on Feb. 5, killing three passengers and injuring over 100 more, has been released from prison on condition of house arrest.

The plane flying to Istanbul from the Aegean province of İzmir veered off the end of the wet runway while landing.

The plane drifted around 50 meters and the nose of the plane almost completely separated from the rest of the fuselage, which burst into flames following the crash.

The captain pilot, Mahmut Arslan, was arrested and sent to Maltepe Prison after he was discharged from the hospital where he was being treated within the framework of the investigation carried out by the Chief Public Prosecutor’s Office.

As a result of the monthly detention investigation conducted against him, the court ordered Arslan’s release on condition of house arrest.

The pilot still faces charges of “involuntary manslaughter and causing injury,” according to state-run Anadolu Agency.

The cause of the accident is not yet clear, but the initial findings reveal that the crash may have occurred due to hydroplaning.

Water formed due to heavy rainfall on the day of the crash on the runway may have prevented the plane’s contact with the runway as the landing gear tires hit the ground.