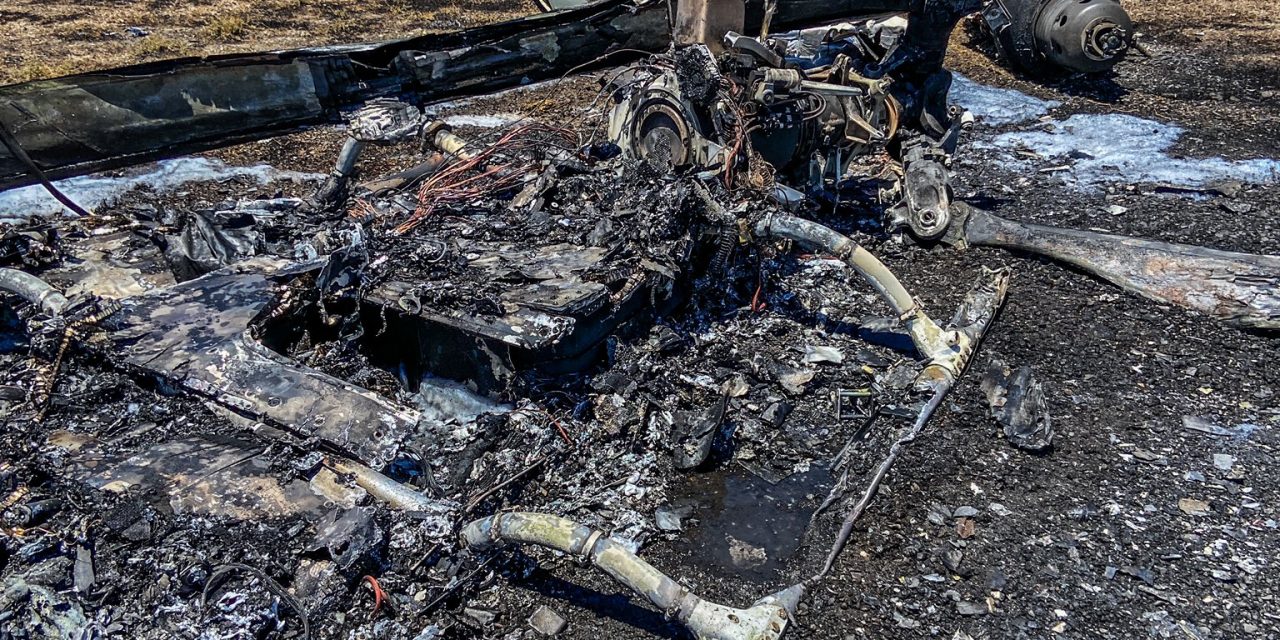 MINDEN, Nev. (News 4 and FOX 11) — Two people were able to walk away from a helicopter crash at the Minden-Tahoe Airport Sunday, according to the East Fork Professional Firefighters.

The pilot and the passenger are being evaluated EMS.

Photos from the scene show the fiery aftermath of the crash.

Officials have not given a cause for the crash.

News 4 and FOX 11 have reached out to the East Fork Fire Protection District for more information.