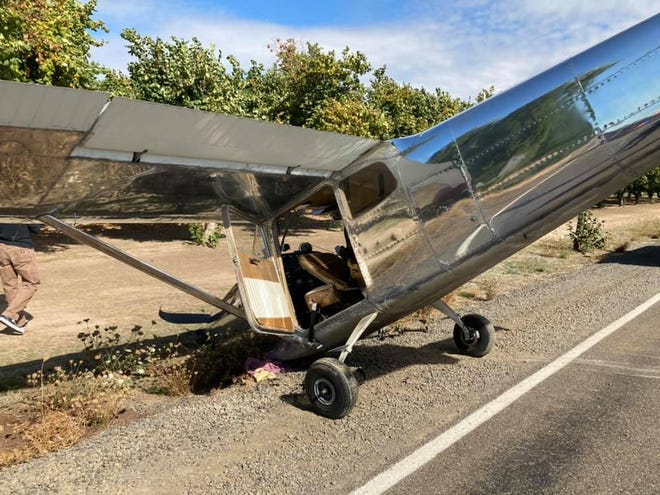 The occupants of a small plane were uninjured after crash-landing on a road Sunday afternoon in a field east of Salem near the Willamette Valley Pie Company.

Officials got a call at about 1 p.m. after the pilot reported a strong tailwind while trying to land in a field near the pie company on 82nd Avenue NE, according to the Marion County Sheriff’s Office.

The plane hit a ditch and crossed onto the roadway, deputies reported. Neither the pilot nor the passenger in the plane was injured, officials said.

The plane was moved to a nearby field and the Federal Aviation Administration and National Transportation Safety Board were contacted by the Sheriff’s Office, as is standard policy for all plane crashes.

Plane crashes are rare in the Mid-Valley.

The last transportation safety board report of a plane crash investigation near Salem was on Nov. 1, 2019. The Statesman Journal previously reported on a pilot who was injured July 16, 2019 after crashing his plane in a field near Howell Prairie Road.