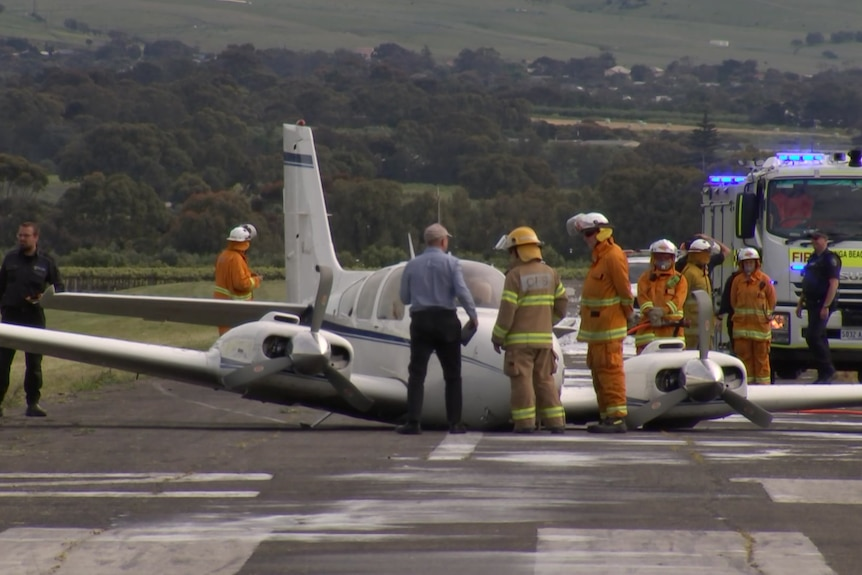 A pilot has walked away unharmed after an emergency landing south of Adelaide this afternoon.

The pilot was flying a Beech E55 Baron when it was reported his landing clutch became “stuck”.

He was spotted circling around Aldinga Airfield for about two hours before he attempted to land.

An SA Police spokesperson said the pilot circled the area to get rid of excess fuel.

Three CFS fire trucks and police waited by the airfield strip on stand-by before the pilot landed without wheels and skidded smoothly across gravel.

Nearby resident Daphne Pengilly said she came down to the airstrip when she heard there was a plane in trouble.

“He circled for quite some time with one nose wheel and one wing wheel down,” Ms Pengilly said

“After the fire units arrived, he did a few fly-bys, put the gear (landing wheels) up, did some more fly-bys and then came down.

“We had our fingers crossed. We were very anxious for them.”

She said it appeared to be a smooth landing.

“You could just hear grating — I guess it was the propellers and the base of the plane on the tarmac.

“The pilot just jumped out. That was it”.

The pilot declined an interview but an associate said he was “fine with not a scratch”. 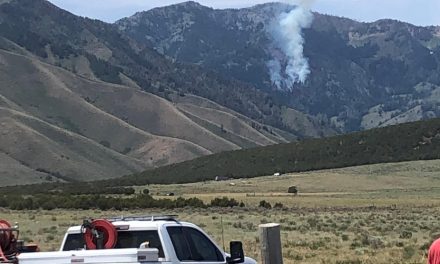