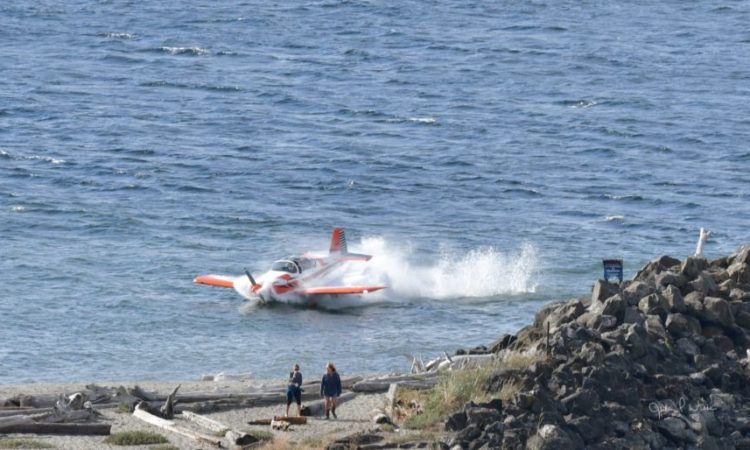 A small plane went down in the water just off Edmonds’ Marina Beach around 4:30 p.m. Thursday afternoon. The pilot, who was rescued by a private boat, was uninjured and there were no passengers on board, Edmonds police said.

Shortly after the pilot  — a 50-year-old man from Buckley, Wash. — was rescued, the plane began to sink. It is now completely submerged, authorities at the scene said.

Edmonds resident Adam Bock is the boater who rescued the pilot.

Bock, who works at Boeing, was in a boat trolling about half a mile in front of the Edmonds marina breakwater when the plane went over the top of him.

“I knew he was in trouble,” Bock said. “I saw it go over and the prop wasn’t spinning, and he was really low, and I was just trying to get the fishing gear up as fast as I could.”

Bock said the pilot was flying north with a couple of friends in other planes when the engine apparently quit, Bock saw him turn back toward the beach to try to set it down there, but there were too many people, so the pilot “just flared it out and made an amazing landing.”

The pilot set the plane down about 100 feet from the beach, Bock said. “I had the boat moving as he hit the water…had my radio on, called the Coast Guard.”

When the boat came up alongside the plane, the pilot was standing on the wing.

“He was standing on the wing, just waving me down… had just a little water on his vest… and stepped onto the swim step of the boat, and I asked, ‘are you OK’?” Bock explained. “Another minute and he’d have been swimming for the beach.”

The two tried to get a rope around the plane, but in less than two minutes, it sank into the choppy water, with waves about 2 feet high.

Bock described the pilot as “super calm, he wasn’t shaking, there was no panic.” He then dropped the pilot off at the Edmonds Marina fuel dock, where police, fire and Coast Guard officials interviewed both men.

When a firefighter called him a hero, Bock replied that “it wasn’t a big deal, I just got the guy out.”

Bock decided to go back out and try fishing again, thinking that the rescue may have brought him good luck. Nope, the fish didn’t play along.

Edmonds police spokesperson and Acting Assistant Chief Josh McClure said that the pilot reported there was a mechanical failure. Police were working to notify the Federal Aviation Administration and the National Transportation Safety Board about the crash. Although the pilot was uninjured, he was “understandably pretty shaken,” said McClure. 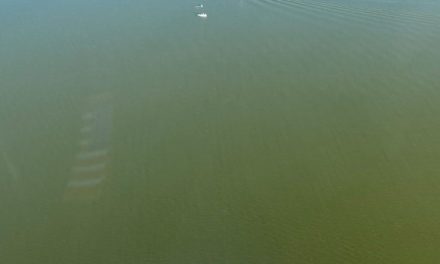 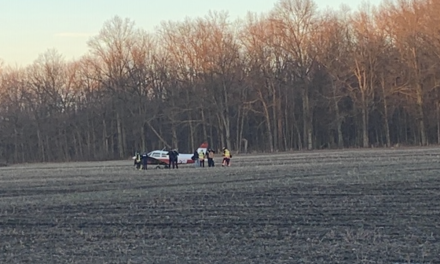 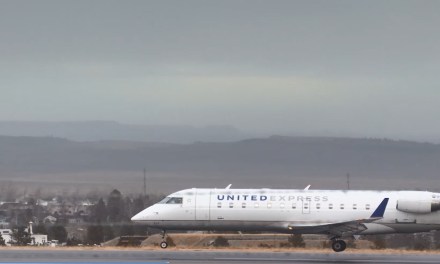