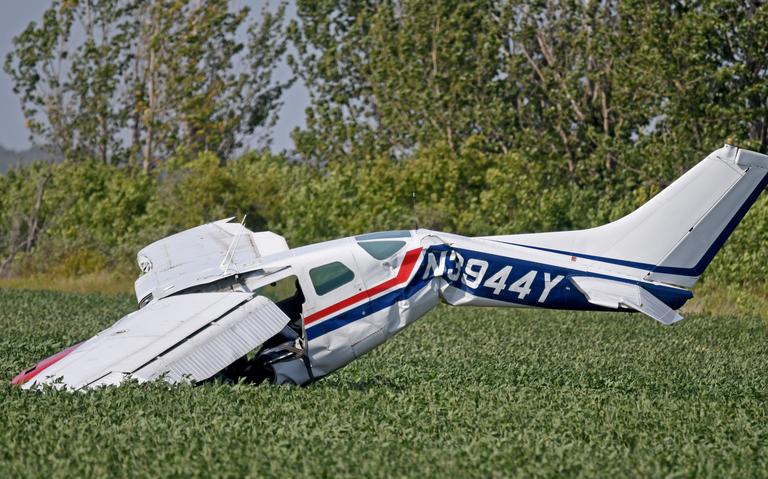 Crews found the injured pilot trapped in the plane, which had crashed nose-down in a field.

Written By: The Forum

WEST FARGO, N.D. — A pilot suffered serious injuries Tuesday afternoon, Aug. 10, when his plane crashed in a soybean field approximately a mile and a half west of the West Fargo Municipal Airport.

About 4 p.m., the West Fargo Rural Fire Department received a report of a plane crash on the northern outskirts of the city, near the intersection of 12th Avenue and 26th Street Northwest, according to West Fargo Fire Chief Dan Fuller.

When the city and rural fire departments arrived in the area of the crash, they found a single-engine plane nose down in a field and a pilot trapped inside, the chief said.

Crews freed the pilot, who was conscious but suffering from shock and injuries to his lower extremities, according to Fuller.

Fuller said the pilot, who was the only person in the plane, was brought to a local hospital for treatment.

While it wasn’t immediately clear how bad his injuries were, they appeared to be serious, he said.

The West Fargo Municipal Airport manager said the pilot was not from the area, according to Fuller.

According to a report released by the North Dakota Highway Patrol, the plane struck the top of a row of trees and crashed into an adjacent field after having just left the area of the West Fargo airport.

The Highway Patrol report said the incident remains under investigation by the FAA.

Based on the tail number of the plane, the aircraft is registered to an owner at an address in Ralston, Nebraska, a southwest Omaha suburb.

Online flight records indicate the aircraft took off from an airport in Omaha early Tuesday afternoon and flew to West Fargo. 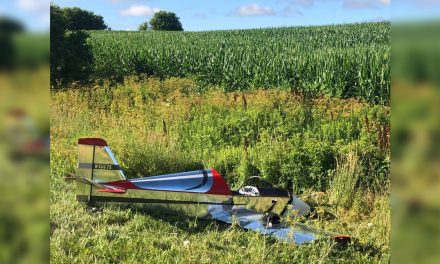