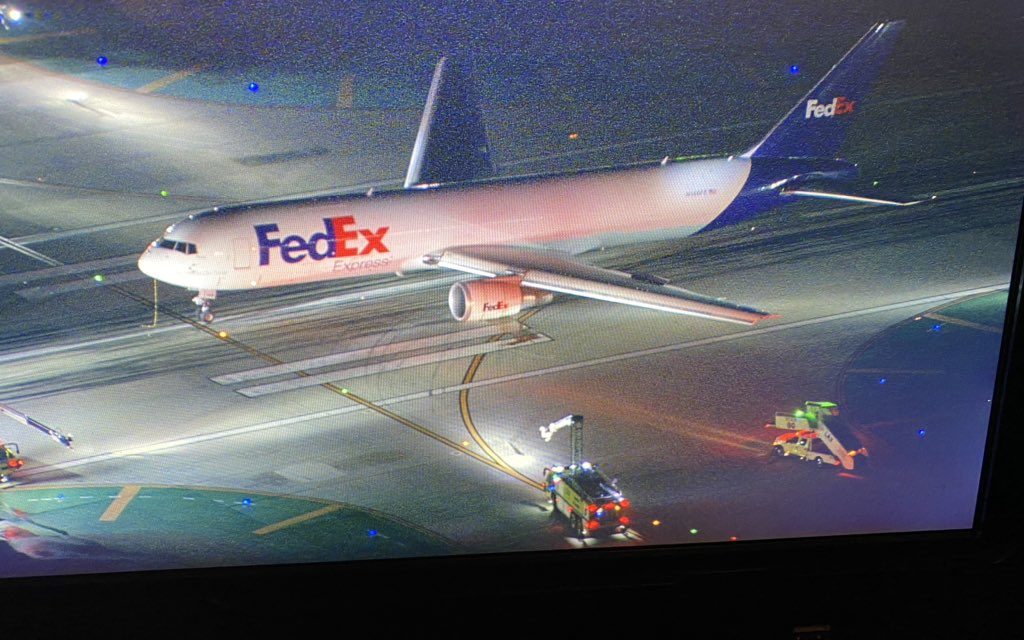 LOS ANGELES – A FedEx plane with two pilots aboard made an emergency landing at LAX early Wednesday morning.

The Boeing 767-300, which arrived from Newark, New Jersey, landed around 4:45 a.m. after the pilots reported a problem with the left landing gear. As the plane landed, it slid onto its belly.

Authorities said the pilots have since been removed from the plane and one of them reportedly suffered a foot injury while exiting the plane through a window, the Los Angeles Fire Department said.

The aircraft landed on the south side of the airport on Runway 24.

Officials said the runway will remain closed while crews evaluate the aircraft.