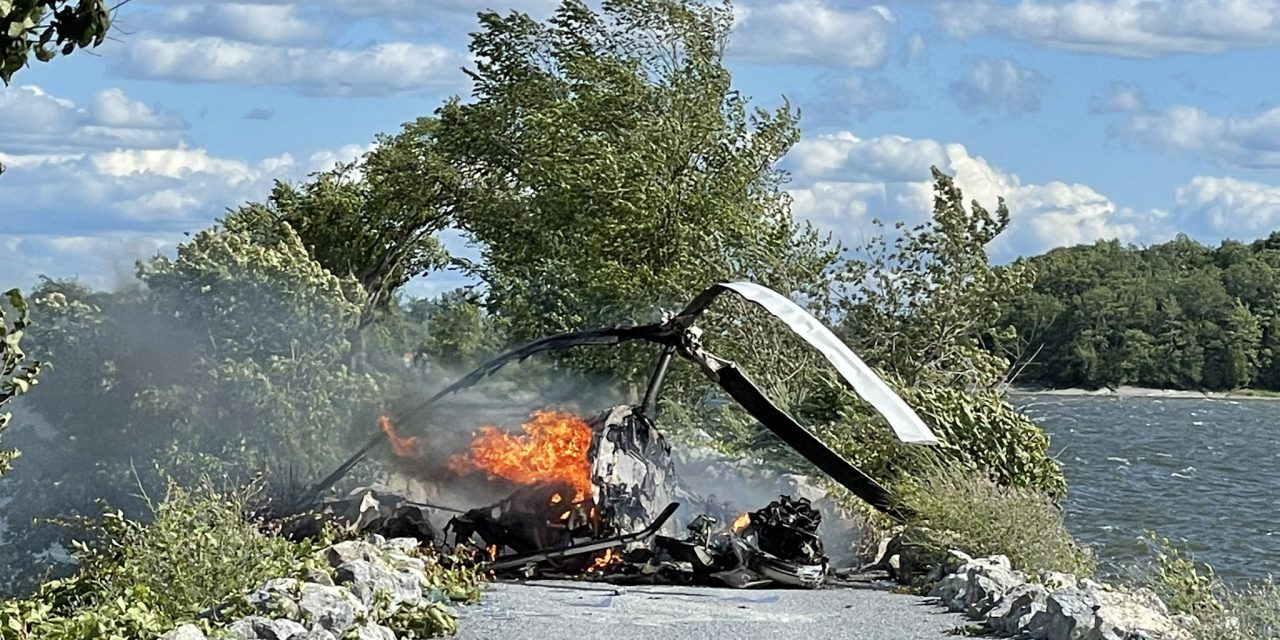 A pilot from electric aviation startup Beta Technologies crashed a helicopter on the Colchester Causeway on Friday afternoon, shutting down the popular recreational path as emergency crews responded to the fiery scene.

The pilot escaped with minor injuries and was taken to the hospital, the company said in a statement. No one else was hurt.

The helicopter was gas-powered and not one of Beta’s experimental electric aircraft, a spokesperson said. An investigation into the cause of the crash is underway.

“The pilot, a certified flight instructor and sole occupant of the aircraft, executed emergency procedures and successfully and safely landed the aircraft,” the spokesperson said in a written statement.

Photos of the crash posted on social media showed flames erupting from the crumpled helicopter.

The name of the pilot has not been released.

Nic Longo, acting director of the Burlington International Airport, said it was not immediately clear when the aircraft took off. He said information about the aircraft’s flight path will “eventually come from the pilot.”

Colchester police said the crash had closed the causeway “until further notice.”

Beta, the subject of a Seven Days cover story in May, is headquartered in a hangar near BTV’s main terminal. The company is in the midst of a meteoric rise in the world of aviation and has tripled in size over the last year. It recently announced plans to build a massive new assembly facility for its electric aircraft.