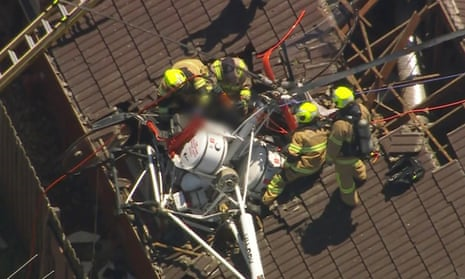 Emergency services freed the man, who was taken to the Alfred hospital with lower body injuries

A student pilot has survived with injuries to his lower body after his helicopter crashed through the roof of a Melbourne home, shocking nearby residents.

The Hughes 269C smashed into the Mentone home in the city’s south-east at about 1pm on Wednesday, during a routine training course.

The male pilot was the sole occupant of the helicopter, and was trapped in the aircraft for about an hour before emergency services used a crane to free him from the wreckage.

The man, who sustained injuries to his lower body, has been taken to the Alfred hospital for further assessment.

No one was in the home at the time of the helicopter crash.

Surrounding roads remain closed and authorities are treating the area as a crime scene until it can be made safe.

Speaking at the scene on Wednesday, Victoria police Sr Sgt Andrew Wise said it was too early to determine what caused the accident.

“I’m not too sure whether it was luck or unlucky, but we’re thankful on this case that no one appeared to be too seriously injured,” Wise said.

“His injuries are yet to be assessed but he is conversing with the ambulance members.”

Neighbour Matt Evans raced home from work to check on the safety of his wife and baby, who were at home at the time.

“[My wife] heard a loud bang and then looked out the window and there was a helicopter on the roof,” Evans said.

There was slight damage to their property but no injuries.

The street is close to Moorabbin airport and Evans said he often worried about an aircraft crashing nearby.

It’s understood the student, who trains with The Helicopter Group at the airport, was completing a solo NAV flight, which is required in order to obtain a pilot’s licence.

Jesse Vanderzybb, whose father owns The Helicopter Group, said the accident had sparked strong emotions for his father.

“He’s upset but everyone’s alright … he’s been in the aviation industry for 35 years,” Vanderzybb said.

Fire Rescue Victoria said the house occupant would be relocated until it was safe to return.

“No one was at home during the time of the incident and the occupant will be temporarily relocated,” an FRV spokesperson said.

The Australian Transport Safety Bureau (ATSB) has launched an investigation into the crash.

“The helicopter was reported to have been conducting a missed approach (go-around) procedure from Moorabbin Airport when it collided with the roof of a house,” the bureau said.

It said investigators would interview the pilot and witnesses, and review recorded data, weather and aircraft information and maintenance records before publishing a final report detailing contributing factors and any identified safety issues. 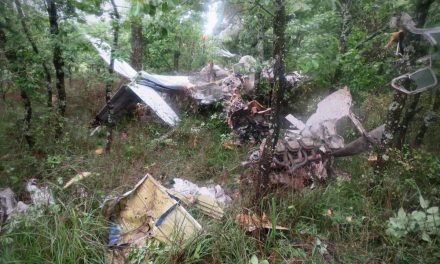 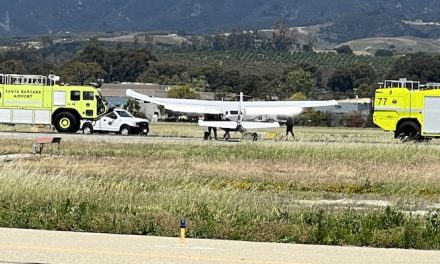 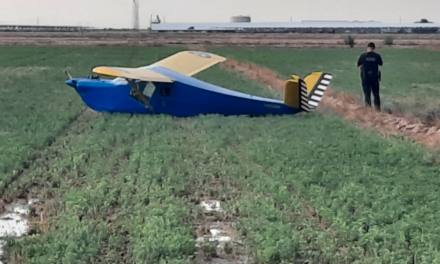