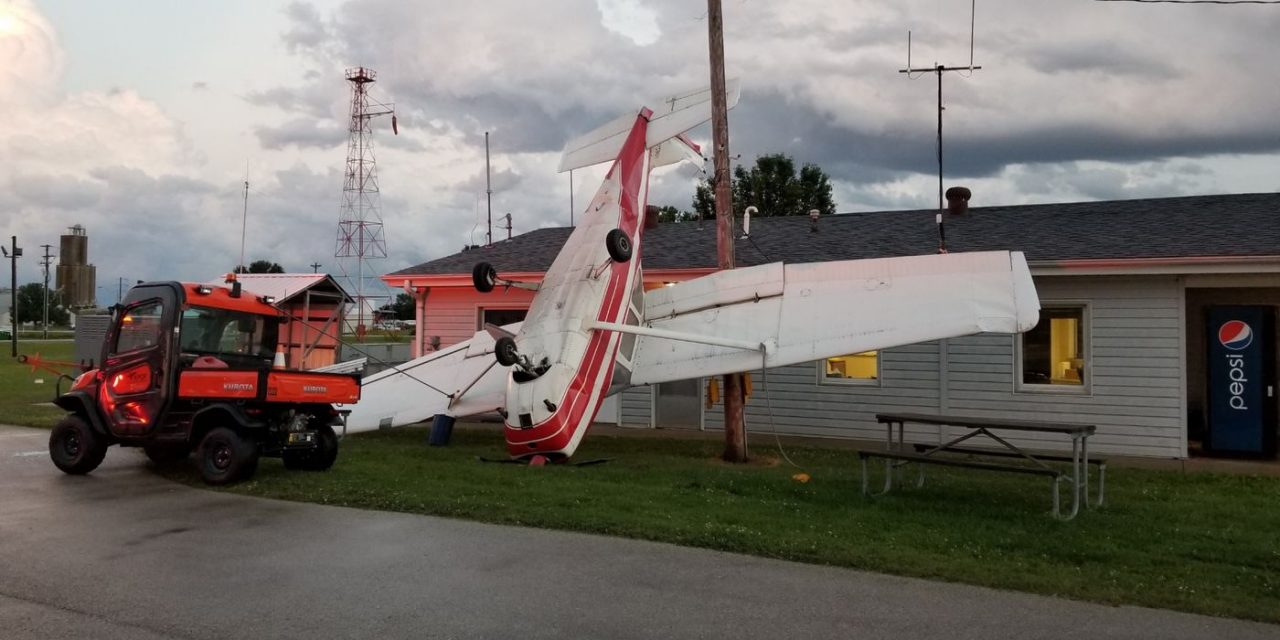 (KFVS) – Strong storms caused some damage across the Heartland on June 19.

According to the Poplar Bluff municipal airport manager Gary Pride, at 6:40 p.m. a plane was lifted up by 67 mph winds and blown onto the airport’s terminal, breaking it from this tie lines. A utility pole near the airport was also damaged.

The plane, a 1964 Cessna 172, was completely damaged and the terminal’s roof was slightly damaged.

Fuel leaked from the plane according to officials. Some people in Cape Girardeau were without power after strong storms moved through the city.

Cape Fire Department said the storm downed a tree on Big Bend Road near Lexington Avenue and took some power lines with it.

Three lines were down at this time and Ameren Missouri crews were on the scene.

According to Ameren Missouri, as of 6:20 p.m. on Wednesday, 505 customers are without power in Cape Girardeau County.

A tree that fell across Normal in Cape Girardeau was removed.

At Aldi, employees say they believe the building was struck by lightning.

Just before 3 p.m., they say they heard a loud boom and the power went out. They say backup generators came on but their cash registers did not come back online.

They are closed until further notice.

According to the Poplar Bluff municipal airport, a plane was lifted up by strong winds and flipped onto the airport’s terminal. 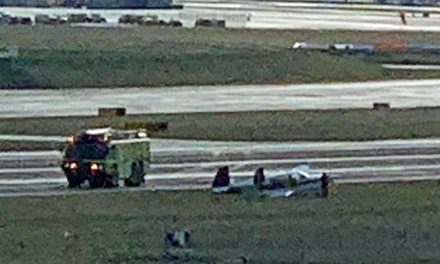