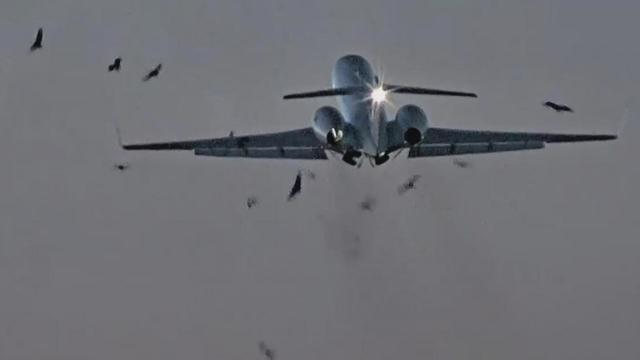 CHICAGO (CBS) — A U.S. military plane was forced to return to Midway International Airport after taking off late Monday after a bird strike.

As CBS 2’s Kris Habermehl reported, the U.S. Air Force plane is part of a fleet that flies out of Joint Base Andrews in Maryland to support government missions worldwide.

It was not clear late Monday why the plane was in Chicago, but it departed from Midway. The Federal Aviation Administration confirmed the plan, a military C-37 returned to the airport after the bird strike.

Video showed a spark coming from the left engine of the plane as it collided with a flock of birds in the air shortly after takeoff.

Air crewmen came out immediately after the plane landed and parked.

Ramp personnel were seen examining the plane at the airport – including the leading edges of the port side wing and also the nose.

No one was injured.