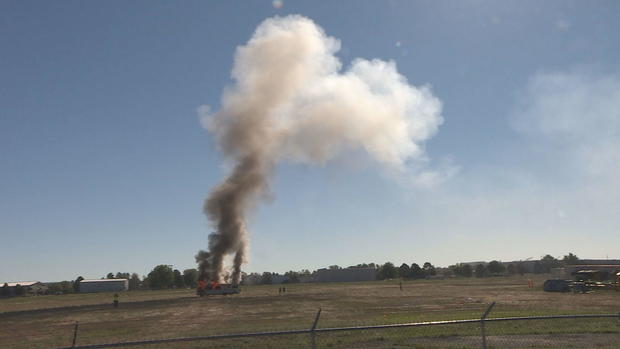 Residents across heavily populated parts of northern Colorado were able to see a large plume of billowing smoke coming from Northern Colorado Regional Airport Tuesday morning, causing some to worry of a potential emergency. However, the smoke was coming from a planned exercise involving multiple agencies from across the region.

In order to remain prepared, and maintain accreditation, emergency response agencies conducted a simulated response to a plane crash on the airport’s property.

“Replicating as if an aircraft incident occurred.”

Just east of the main runway an RV camper was intentionally set on fire and an emergency tone was broadcasted over the emergency radio.

“It is simulating as if an aircraft, worst case scenario, has crashed,” said Tim Sendelbach, Fire Chief of Loveland Fire.

Agencies, including Windsor, Loveland and Poudre fire departments responded to the simulation. EMS and police departments from the region also responded.

“The more we interact with each other the more the left and right hand operate much more efficiently together. And, I think that is critical. In an urgent situation like this you don’t have a lot of time to talk,” Sendelbach said.

Northern Colorado is one of the most rapidly growing regions in Colorado. The demand for access to travel is increasing to the point that some airline companies have recently offered flights out of the airport to major destinations like Las Vegas. Other airlines, like United Airlines, have started shuttling passengers from the airport to DIA where they then catch flights.

Sendelbach said it was important for medical providers like those working with fire and ambulance services also be involved. Actors were staged throughout the field near the fire to test how the paramedics would respond.

As the region continues to expand, so do the services being offered from the airport. While required to conduct a practice emergency situation at least once every three years, Sendelbach said his team was also invested in making sure a response to any possible crisis is well thought out.

“It is very significant. And, preparedness is of critical importance to us. We want to make sure that anybody coming to our airport or leaving an rest assured that we have the resources here to protect them,” Sendelbach said. 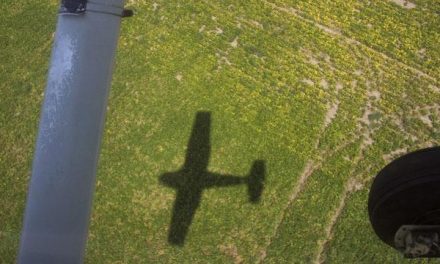