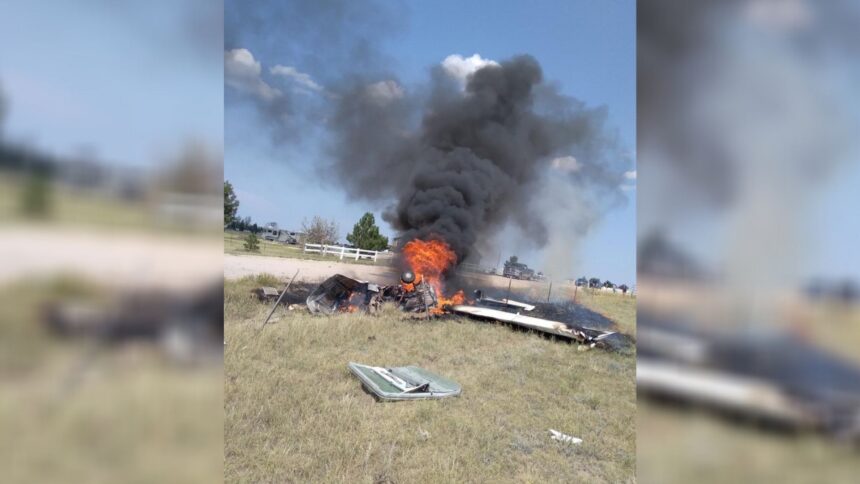 El Paso County, Colo. (KRDO) – One person is dead after a plane crash in the 6000 block of McCandlish Rd. southeast of Falcon.

The plane went down just after 11:30 on Wednesday. Deputies say a person called stating that the aircraft appeared to be landing when it flipped over and came to rest upside down.

When deputies arrived, they found an unidentified pilots inside the aircraft who was dead. The pilot was the only person in the plane when it went crashed.

According to a preliminary report from the Federal Aviation Authority, a single-engine Cessna T210 with one person aboard crashed approximately one-mile south-southeast of the Meadow Lake Airport.

The plane caught fire after the crash and firefighter from the Falcon Fire Department extinguished the flames before deputies arrived.

Officials say they will release the tail number of the aircraft after investigators verify it at the accident site.

The FAA and National Transportation Safety Board will be the main investigating authority.

The NTSB will be in charge of the investigation and will determine the probable cause of the accident.

Scott McNabb, who was near the scene of the crash, sent KRDO pictures of the wreckage minutes after the plane went down. 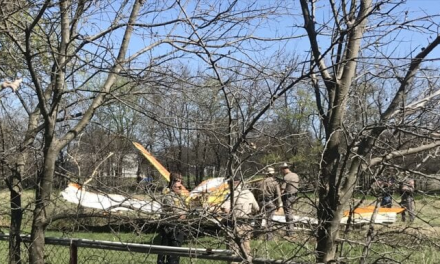 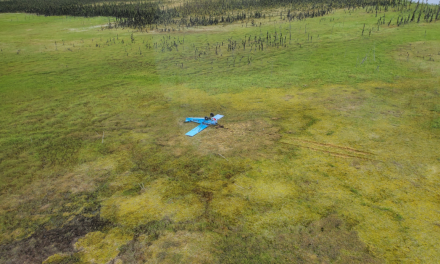