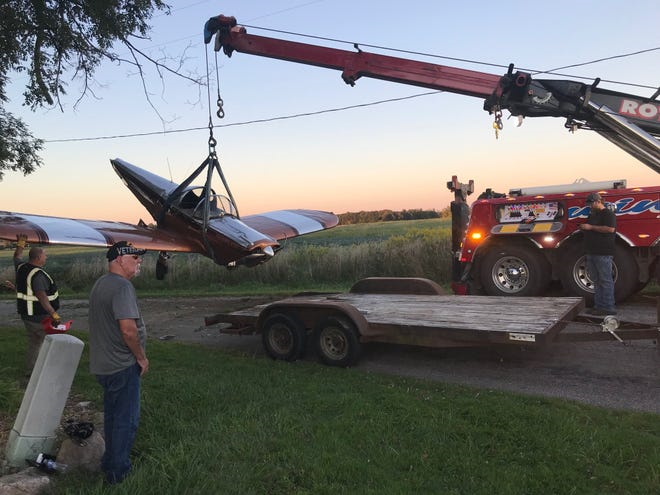 A 1964 single-engine, propeller airplane lost power near Galion Airport Friday night in Richland County and crash-landed in a soybean field off Airport Road.

The pilot James McKee, 72, of Caledonia in Marion County, suffered only very minor injuries, according to Sgt. Mike Smith of the Mansfield post of the Ohio Highway Patrol, who was on the scene of the crash. The incident occurred around 6 p.m.

The pilot declined comment, saying only that he had lost power. The tail of the plane fell off when the plane struck a utility pole and was on the ground nearby.

At the scene, Ronks Towing brought two large tow trucks and a crane carefully lift the copper-colored plane onto a trailer as the pilot watched.

Troopers at the scene said the pilot told them he took off and made a loop around Galion Airport when he lost power.

Phillip Billow, whose house sits nearby on Airport Road, was outside watching the tow truck operators gently lift the plane as troopers contacted the Federal Aviation Administration by cell phone.

The road is secluded and nestled by cornfields on each side and has very little motor vehicle traffic.

Ronk’s employee Derrick Hamilton said he was able to photograph the plane which landed in the soybean field. And members of the tow truck crew pulled the plane onto the paved road.

He said they don’t get too many calls for towing airplanes, adding he was glad the pilot was OK. 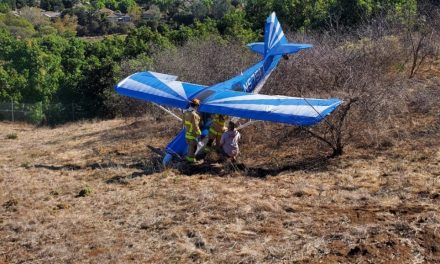