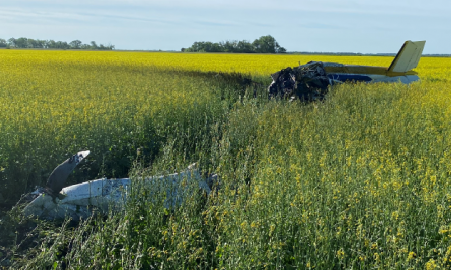 A Border Patrol agent is being credited with helping to save the life of a pilot who crashed his small plane in Pembina County (ND) on Thursday.

According to the C-B-P the Grand Forks Sector Border Patrol agent – assigned to the Pembina Station – witnessed the small plane go down in a field west of Pembina just after eight a-m. The agent – a certified EMT – arrived on scene and observed the injured pilot outside the burning aircraft. He assisted in moving the man to safety while waiting for additional personnel to arrive on scene.

According to the Pembina County Sheriff’s office the pilot was transported to Memorial Hospital in Cavalier, and later transferred to Altru Hospital in Grand Forks. The pilot is reportedly in stable condition. The F-A-A is investigating the crash.