Queda was in a green area near the São Paulo State College of Technology (Fatec), in the Santa Rosa neighborhood.

By G1 Piracicaba and Region

Seven people died after a plane crashed in Piracicaba (SP) this Tuesday morning (14) . The aircraft crashed in a forested area in the Santa Rosa neighborhood and, with the explosion, a fire started in the area.

The victims were charred and died on the spot. The Fire Department located the seven bodies still during the afternoon and there was clearance for inspection at the scene.

In a statement, the company Raízen confirmed the death of businessman Celso Silveira Mello Filho and his family . “Celso was a shareholder and brother of the chairman of the company’s Board of Directors, Rubens Ometto Silveira Mello.”

According to the company, Celso’s wife, Maria Luiza Meneghel, their three children, Celso, Fernando and Camila, pilot Celso Elias Carloni and co-pilot Giovani Gulo were also on the plane.

Also according to the firefighters, the plane left Pedro Morganti Municipal Airport, in Piracicaba, bound for Pará, and crashed soon after, just before 9 am, in a green area next to the São Paulo State Technology Faculty (Fatec ).

According to Piracicaba City Hall, the aircraft crashed about 15 seconds after take-off , in a eucalyptus plantation (see the video that shows the moment when the plane leaves the airport) . The cause of the accident is still being investigated.

A video recorded by a security camera, which is at the beginning of the report, shows the moment when the plane crashes at the bottom of a condominium. After hitting some eucalyptus trees during the fall, the aircraft exploded and a fire broke out in the forest beside Fatec. Aircraft fuel spread throughout the area and firefighters were called in to control the flames.

Police teams and the Fire Department acted on the spot. The team from the Center for Investigation and Prevention of Aeronautical Accidents (Cenipa), of the Brazilian Air Force (FAB), arrived around noon to investigate the plane crash.

Piracicaba City Hall informed that it has set up a task force bringing together several municipal secretariats and the Municipal Water and Sewage Service (SEMAE) to help with the rescue and to contain the flames that spread through the vegetation after the plane’s explosion.

About 100 people were mobilized at the scene to assist in the occurrence, according to the administration. Mayor Luciano Almeida (DEM) went to the scene and commented on the accident.

“Very dear people, personal friends, especially my father’s. People that I have a great fondness for and unfortunately we had this inexplicable tragedy. A brand new aircraft, just out of review yesterday, one of the safest planes in the world. a very sad day for Piracicaba.”

Shortly after the accident, the mayor decreed three days of official mourning in the municipality for the deaths of the plane’s occupants.

In investigating Cenipa, investigators identify evidence, photograph scenes, remove parts of the aircraft for analysis, listen to witness reports and gather documents. The goal, according to the agency, is to prevent new accidents with similar characteristics from happening.

The Brazilian Aeronautical Registry of the National Civil Aviation Agency (Anac) points out that the crashed plane was a twin-engine model B200GT, known as King Air, manufactured in 2019 by Textron Aviation. The plane has the capacity for pilot, co-pilot and six passengers.

The aircraft was operated by CSM Agropecuária, owned by Celso Silveira Mello Filho. The plane’s airworthiness verification certificate was valid (until September 13, 2022).

An employee at the Piracicaba airport informed EPTV , an affiliate of TV Globo, that the plane had arrived this Monday (13th) of the review, was ready to take off and in excellent condition.

He also explained that the plane was a turbo prop and ran on kerosene. This technology, according to the professional, makes the plane more powerful and safer.

An airline commander and specialist in the aviation field, Ruy Lange explained that images that caught the fall, expertise of the accident site and debris are some of the factors that should be taken into account during the investigation by the police and Cenipa.

“Basically it’s about collecting data, information and analyzing the wreckage. The specialists, just by looking at the state of a propeller, can tell if this engine was turning or was out of power. So, it is essential that the teams are able to harvest the greatest number of possible data analyzing debris and, consequently, together with the images, they will manage to reach a result”, he detailed.

According to him, the aircraft can carry eight to ten people, including a pilot and co-pilot, and is known for its versatility.

“This plane is excellent. It’s very versatile. It’s a plane that has good autonomy, good power, especially the one involved in the accident, manufactured in 2019, is a very new plane. So, investigations will tell what happened to this aircraft . And in this case, there are many images of the accident that will help the teams reach the cause,” he added.

According to him, this plane is also characterized by the possibility of operating on unprepared runways.

“It is highly recommended for those who have farms, agriculture and livestock, this type of activity uses this type of plane a lot. […] It operates on a short runway too and it can be an unpaved runway. It has this facility that sometimes a jet does not have”. 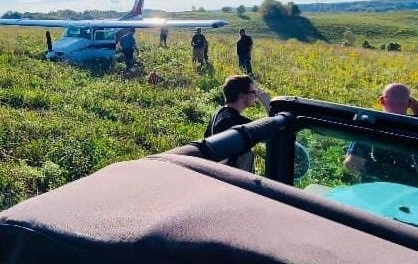 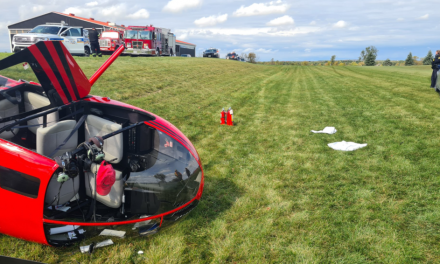