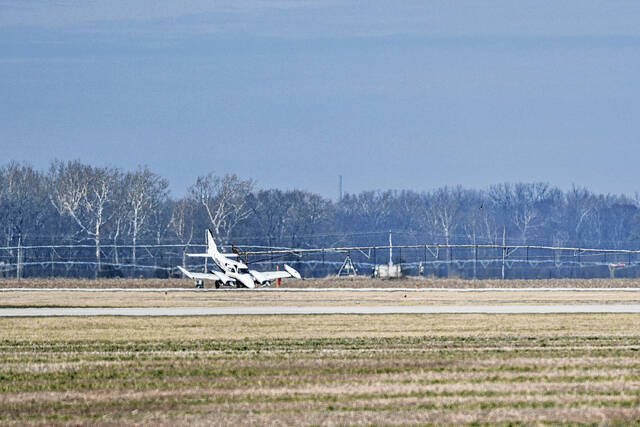 A plane from a Greenwood flight school made an emergency landing at Columbus Municipal Airport Tuesday.

A Cessna 310 with two occupants made the landing at the airport at about 2 p.m. and went nose down on to the runway, after reporting an in-flight emergency that the nose gear was not operational.

According to the Federal Aviation Administration’s registry, the plane is owned by Jeff Air Pilot Services LLC of Greenwood.

David Jeffries, who is one of the business’s owners, confirmed that there were two individuals on the Cessna and no injuries were reported. He said he couldn’t get into more specifics about the flight due to the open investigation by the FAA and National Transportation Safety Board.

The Cessna reported the need for an emergency landing at about 1:40 p.m. Columbus Municipal Airport Director Brian Payne said the pilot notified the airport’s control tower that the Cessna’s nose gear would not extend all the way and declared an emergency. The air traffic control tower then notified the Columbus Fire Department, which has a station adjacent to the airport, Columbus police and ambulance crews.

“We had the aircraft circling until we had all of the emergency personnel on the ground, ready,” said Payne. “So we did have fire (department), CPD and the ambulance all at the station here, ready to roll. The aircraft came in and made a very light landing.”

The plane landed and then went nose down onto the runway. Police officers said that Columbus police and firefighters were attending to it. Prior to landing, dispatchers reported the pilot said the aircraft had about 70 gallons of fuel on board.

Following the emergency landing, Payne said that they were working on getting the aircraft secured and would then hopefully have it towed back to the south apron off the runway as soon as possible. The airport also contacted the FAA about the incident, as dictated by emergency protocols.

Payne said at about 3:15 p.m. that the airport was still waiting on FAA clearance to move the plane, and the runway it landed on was closed.

The airport director said that declared emergencies at the Columbus airport are rare and he believes the airport hasn’t had one for a couple of years.

According to the FAA registry, the plane in question was a Cessna Model 310J, manufactured in 1965. The aircraft type is fixed wing multi-engine.

According to its website, Jeff Air provides a variety of options for flight school training. The family-owned and operated business was founded by retired airline pilot Tom Jeffries “to share his love of aviation with the future generation of pilots.”

The Cessna 310 that declared an emergency landing is listed among the business training and rental options. It’s described as a “twin engine piston aircraft with retractable landing gear.” 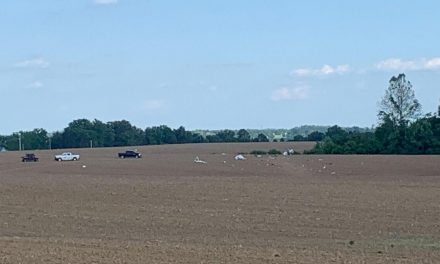 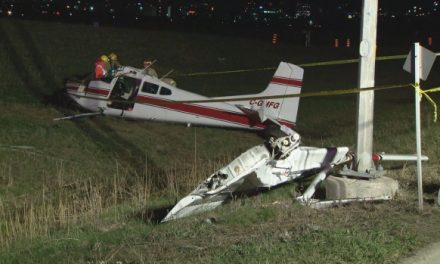