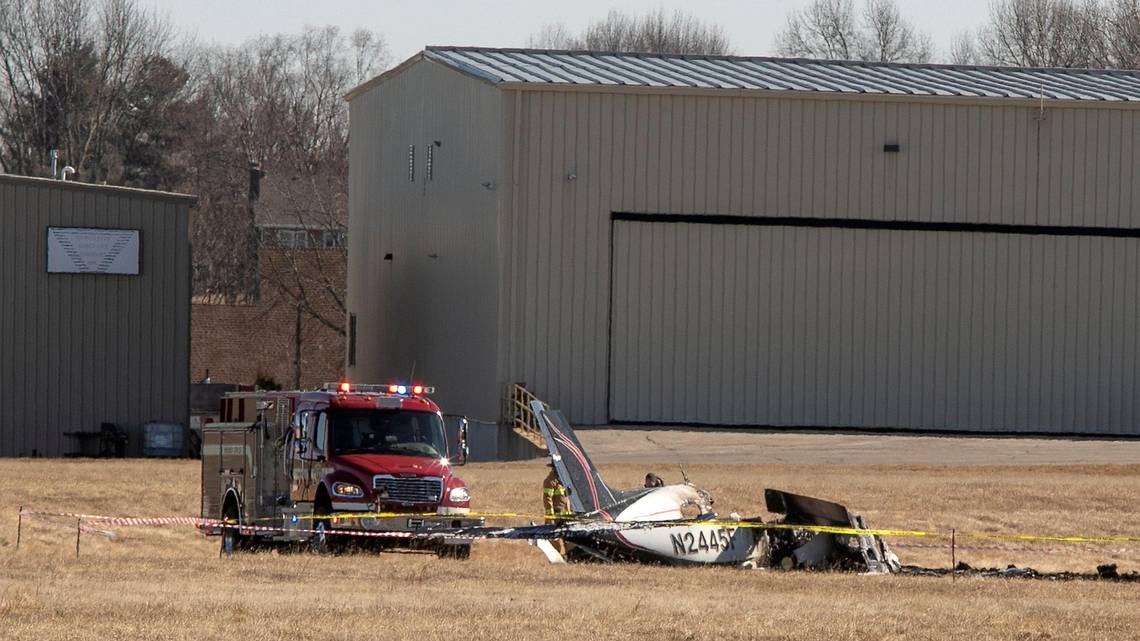 Olathe police on Sunday responded to a crash at Johnson County Executive Airport.

The Olathe Police Department tweeted that officers were assisting traffic control with a plane that was on fire.

Olathe Fire Department spokesman, Mike Hall, told media at the scene that the initial call came in around 10:20 a.m..

The plane crashed north of the runway near 151st Street. Smoke from the plane could be seen from a couple miles away, and the fire sparked a small grass fire that also had to be extinguished.

There’s been no official announcement regarding who was on board nor the condition of those on board.

Kansas Highway Patrol is among several agencies responding and is taking the lead on the investigation.

The air field is currently shut down.

Hall said that a large stretch of 151st Street, from Pflumm to Quivira, near the airport will be closed for the foreseeable future.

Earlier this month, on Feb. 4, a pilot and passenger sustained minor injuries when the single-engine plane they were flying in crashed into a line of trees near the airport. The Federal Aviation Administration was also called in to investigate that crash.

Prior to Sunday, the last fatal crash at the airport happened on New Year’s Eve of 2019, Hall said.

The pilot and passenger, a man from Arkansas and a woman from Texas, were killed when a small single-engine plane crashed during takeoff. 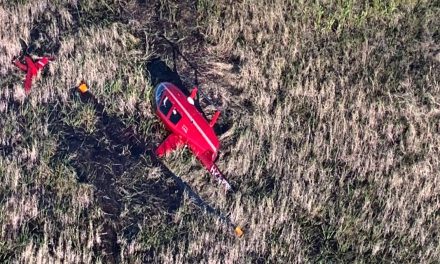