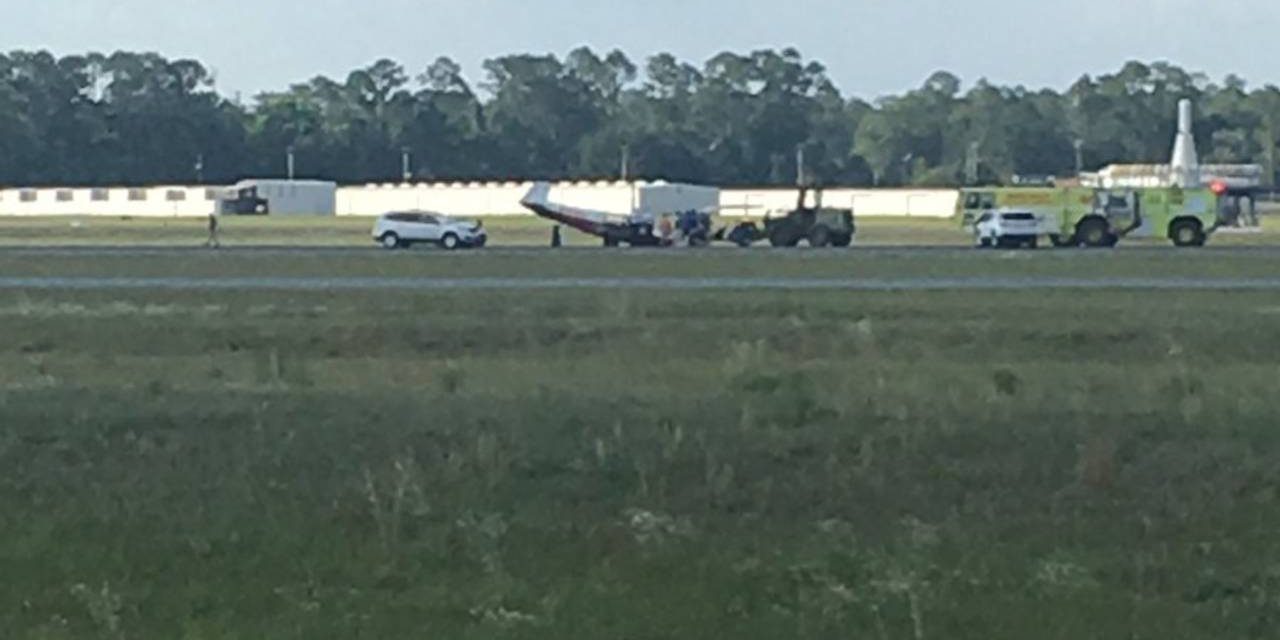 It happened just after 5 p.m. Monday

According to Gainesville Fire Rescue, two people were on board the single-engine plane, but no injuries were reported. The plane sustained minor damage.

GFR told WCJB-TV that a small amount of hydraulic fluid leaked, but was easily cleaned up. Normal airport operations were able to quickly resume.