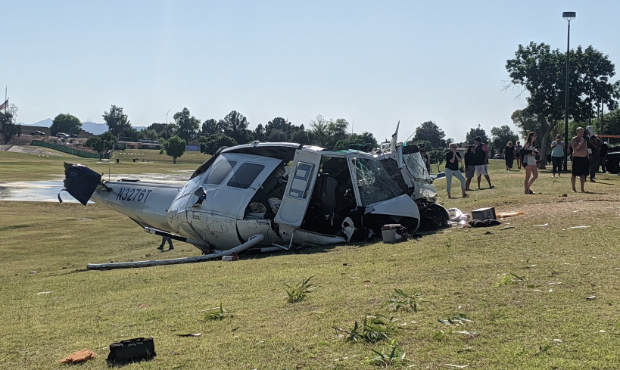 By Justin Lum and FOX 10 Staff

Meanwhile, police officials say no one on the ground was hurt.

Video taken by one FOX 10 viewer shows the helicopter spinning out of control in the moments before it crashed.

Witnesses described what happened in the moments before the crash.

“He was right over the house. I thought he was gonna hit the houses down here. He was low and it was spinning,” said Cathy Lynch.

“Our house was shaking, and it was the loudest thing and I knew it was some kind of plane or helicopter crashing,” said Lyndsey Fairbanks. The helicopter crashed across from her home. “I was just praying, like, please don’t crash into our house cause. It felt like it was so close to us.”

“We watched the tail rotor just come off, and it wasn’t like in the movies where the helicopter starts spinning immediately. This guy, he managed to maintain control all the way up to this park right here before he, like, yanked the stick to slow down, coming down, and that’s when he spun out and just lost control right there,” said witness Jason Stuck.

Fairbanks said she, along with her husband and neighbors, ran out to the wreckage afterward.

“When they pulled him out, I knew he was not gonna make it,” said Fairbanks.

FAA officials said the helicopter is a Bell Huey UH-1H. Flight records show it flew out of Blythe, California, just before 3:00 p.m. on Friday. The crash happened about an hour later.

An investigation is underway, but officials with the National Transportation Safety Board say they are not travelling to the scene of the crash, as of Friday night. 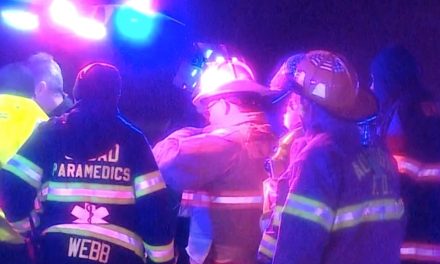 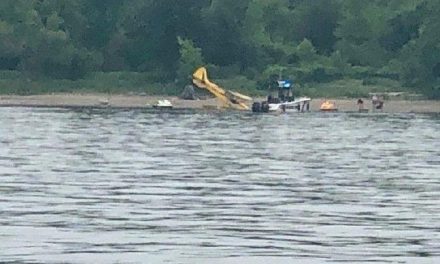