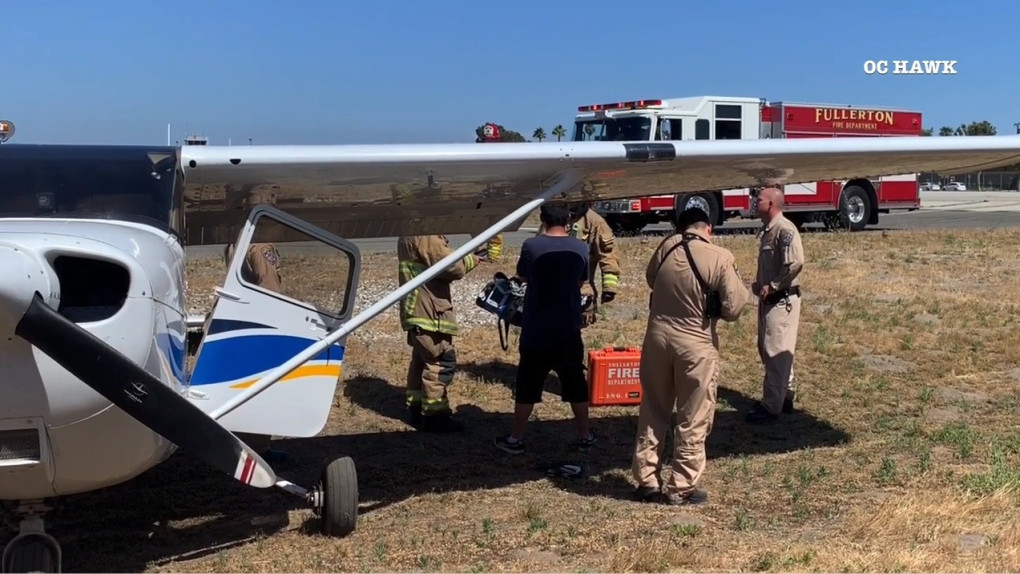 Police arrested a Covina man who is not a licensed pilot, but is suspected of stealing a small airplane from the Chino Airport and flying to Fullerton on Wednesday, May 20.

Christian Estoque, 32, overshot the runway while attempting to land a Cessna 172S at the Fullerton Municipal Airport, Fullerton Police Sgt. Eric Bridges said. The single-engine, four-seat aircraft lightly collided with the west fence of the airfield, causing only minor damage.

There were no injuries.

Police were notified at about 3:05 p.m. and interviewed the man who had been flying the plane. They learned that it had been stolen from the Chino Airport, and the man in the pilot’s seat was not a licensed pilot.

“We called the owner and asked if he was missing a plane, and he said ‘no’ at first,” Bridges said. “He thought it was still sitting at the airport where he left it.”

It was not immediately clear how the man who landed the aircraft managed to take it.

“He did better than I could have,” Bridges said of the suspect’s ability to fly the plane.

Estoque was arrested at 5:04 p.m. and booked on suspicion of grand theft and theft of an aircraft. The Federal Aviation Administration was called in to investigate.

Anyone with information regarding the incident was encouraged to contact police Sgt. Clyde at (714) 738-6720 or bclyde@fullertonpd.org 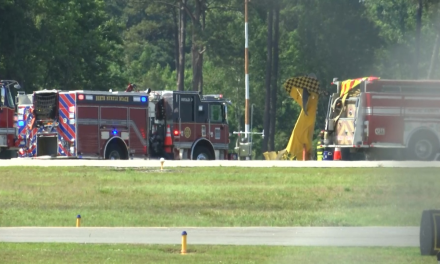