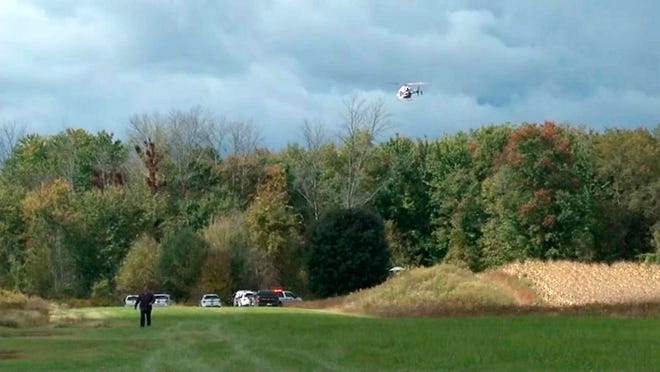 During its final three minutes in flight, a single turbo-prop engine plane piloted by prominent personal injury attorney Stephen Barnes was descending at a rate of 13,800 feet per minute and made a 360-degree turn just before radar contact was lost, according to a preliminary report on the fatal crash by the National Transportation Safety Board.

The plane took off from Manchester, New Hampshire, at 10:18 a.m. Oct. 2 and began heading west toward Buffalo, reaching an altitude of 28,000 feet. It remained at that altitude until 11:42 a.m., the NTSB says in its report.

A review of air traffic control voice communication data showed that Barnes did not check in with the Boston Air Route Traffic Control Center during a routine handoff from one controller to another but re-established contact with a radar controller when the seven-seat plane was about 15 miles east of Buffalo Niagara International Airport and requested permission to land, the report says.

The controller told Barnes to descend to 8,000 feet and asked him if everything was OK, to which Barnes responded, “Yes sir, everything’s fine.”

Subsequently, the controller observed the plane descending rapidly on radar and instructed Barnes to stop his descent at 10,000 feet but got no response.

The controller made several more attempts to re-establish communication with Barnes, all unsuccessful.

The NTSB report states: “Over the final 3 minutes of the flight, as the airplane descend from (28,000 feet), it accelerated from its previously established cruise groundspeed of 250 knots. As the airplane descended through 15,200 feet, it’s radar-derived groundspeed rose to more than 340 knots, and its estimated descent rate was 13,800 feet per minute. The airplane made one right 360° turn before radar contact was lost.”

Witnesses said the plane’s engine sounded “very loud” before impact, the NTSB reported says, noting that some wreckage was buried as deep as 15 feet underground.

According to Genesee County Sheriff William Sheron, a witness called 911 shortly before noon to report seeing the plane disappear from the sky over a wooded area. The witness subsequently heard the crash.

Barnes’ 2009 Socata TBM 700 was the same manufacturer and model range as the plane in which Rochester real estate developer Larry Glazer and his wife, Jane, were killed in 2014.

Barnes had been registered as a private pilot with the Federal Aviation Administration since June 2010, according to the agency’s Airmen Certification database.

He was well-known in western New York as half of the personal injury firm, Cellino and Barnes, which had been going through a split amid infighting between the partners, Barnes and Ross Cellino.

The crash investigation could take a year or more to conclude. 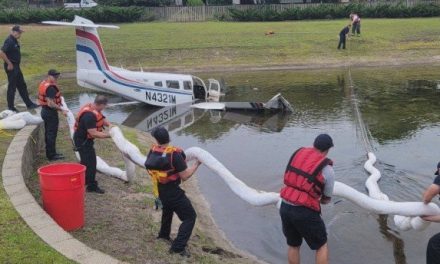