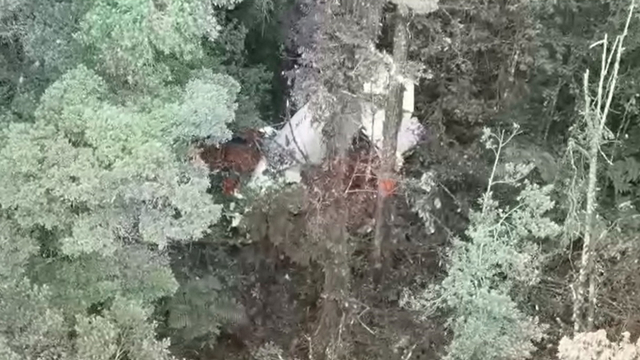 A small cargo aircraft carrying three crew members was found in pieces soon after it had gone missing in Indonesia’s easternmost province of Papua this morning, with early suspicion being that it crashed into a mountain after flying through thick fog in the area.

Authorities have launched a search for the missing plane, which lost contact with air control in Sugapa district, Intan Jaya at around 7:30am WIT (Eastern Indonesia Time).

A photo taken from a chartered helicopter, which happened to be flying in the area around the time of the incident, showed shattered parts of an aircraft, strongly suspected to be the missing Rimbun Air cargo plane, in the mountains of Intan Jaya.

Sandi Sultan, Intan Jaya Precinct Chief, said that the pilot’s cell phone was still active after contact was lost with the plane, though calls have gone unanswered. Authorities are still hoping that the three crew members on board can be found alive.

As of the time of publication, it’s unclear if the crew survived the crash as there are no reports yet of rescuers on the ground having reached the impact site.

According to a statement issued by the Transportation Ministry, the plane took off from Nabire regency at 6:40am WIT and was transporting building materials.