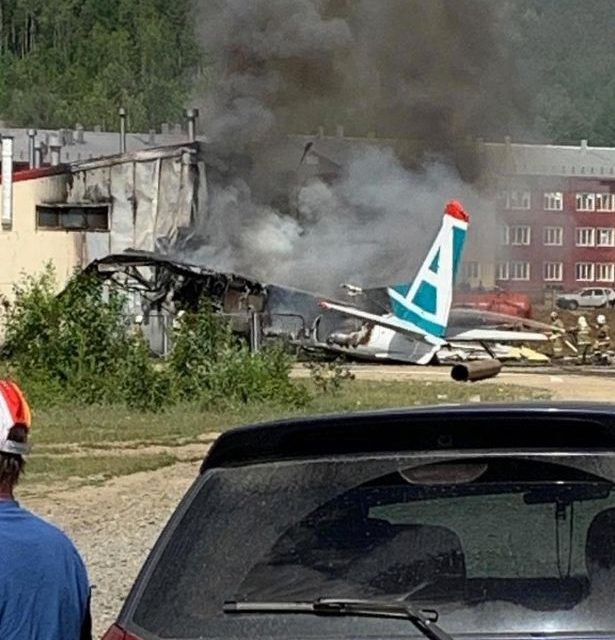 The moment a plane crash landed on a runway killing two and injuring dozens has been captured in terrifying footage. 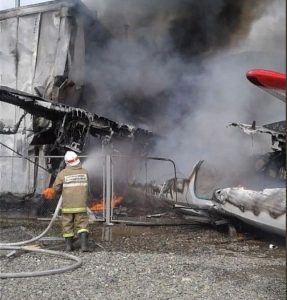 Dozens of passengers were injured after the  An-24 passenger jet smashed into a building at Nizhneangarsk airport in the south east of Russia.

A video begins as the plane approaches the runway. The aircraft appears to cruise along the tarmac for several seconds before it veers off to the right.

As it rampages along some grass noise intensifies in the cabin, with the camera operator thrown around as the plane bounces along the uneven surface.

At the end of the clip the aircraft appears to smash into something, the wing folding in towards the camera while a person shrieks in the background.

The Angara Airlines flight had been travelling to Ulan Ude when it was forced to make an emergency landing when one of the engines failed.

Local reports suggested the plane had skidded 100m along the runway, crashed into a sewage plant and then burst into flames.

There were 46 people, including four crew, on board the plane.

Passengers were pulled to safety seconds before fire exploded through the cabin, gutting the plane. 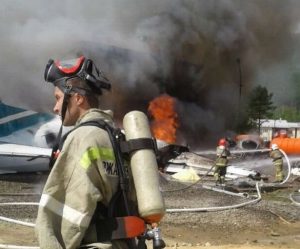 The plane’s captain Vladimir Kolomin and mechanic Oleg Bardanov, who was also in the cockpit when the aircraft crash, died.

Nineteen passengers have been taken to hospital.

Most escaped with minor injuries and footage from the scene shows firefighters spraying water on the wreckage as toxic black smoke poured from the aircraft.

Minutes after the crash, the passenger cabin was entirely gutted.

Emergency services arrived on the scene and quickly put out the fire, but the plane was almost entirely burnt out, according to local reports.

Alexey Fishev, spokesman for the Russian Republic of Buryatia, where the crash took place, said in a statement: “One of the engines failed when the plane took off. The crew took the decision to return to the airport.” 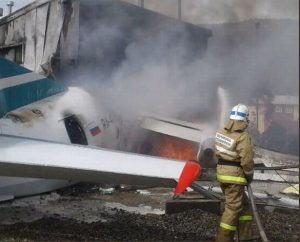 The crew risked their lives to help get passengers off the plane, emergency services told Interfax.

A spokesman for the regional government in Buryatia said: “A passenger plane conducted an emergency landing.

“As a result, two pilots died. The passengers are alive.

“Forty-two adults and one child were rescued.

Angara Airlines is a domestic airline which operates primarily in Eastern Siberia.

An investigation has been launched into the emergency landing. 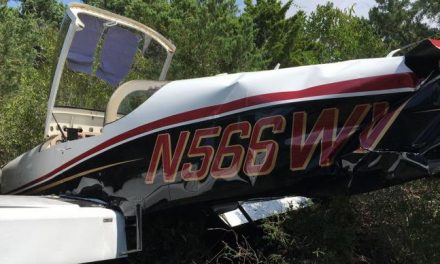 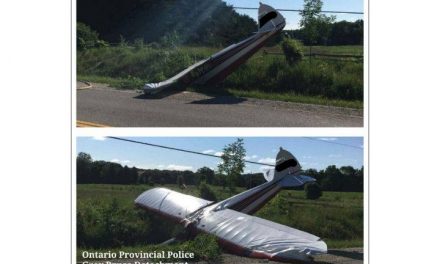