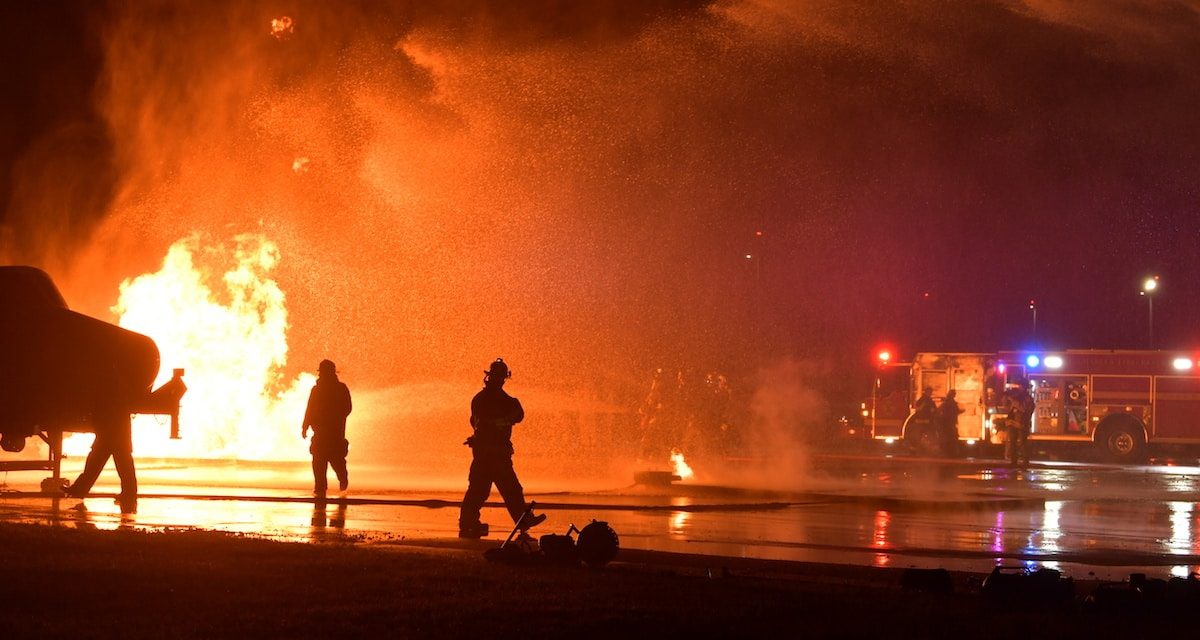 Representatives from more than a dozen local and federal agencies took part in a live emergency exercise of a simulated plane crash Oct. 17, 2019, at DuPage Airport (DPA) in West Chicago. 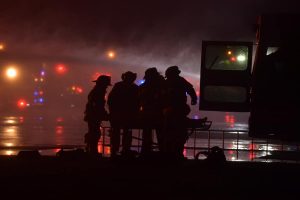 “We are committed to the safety of our users, employees, neighbors, and first responders,” said Stephen Davis, Chairman of the DuPage Airport Authority. “This drill provides a great opportunity to work alongside our federal and local agency partners to ensure we are all prepared in the event of an emergency on or near airport property.”

The simulation involved a commercial airliner making an emergency landing at night — the first time DPA has performed a nighttime drill. The exercise was designed to test response protocols, mobilization tactics, and coordination among emergency crews with the backdrop of a nighttime crash.

To make the scenario as realistic as possible, officials used a burn prop and school bus to create an airplane fuselage with controlled flames. Crews extinguished the fire, triaged injured passengers, and treated and transported numerous victims to local hospitals.

Officials from the DeKalb Airport, the Village of Schaumburg, and the DuPage County Office of Homeland Security and Emergency Management observed the drill to evaluate the exercise and provide feedback to participants.

“These live scenarios are a crucial component of our emergency preparation and response training,” said Chief Patrick Tanner of the West Chicago Fire Protection District. “Our crews value any opportunity to work alongside local partners and other first responders to prepare for critical incidents that may happen at the airport.”

DPA’s on-site aircraft rescue and firefighting station is staffed 24/7/365 to facilitate a quicker and more efficient response to any potential emergencies, according to airport officials.

In recent years, the airport has also undertaken runway widening, lengthening and rehabilitation projects that help to ensure the airport can safely accommodate the more than 100,000 flight operations it serves annually, officials add. 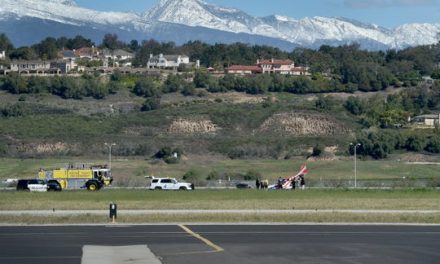 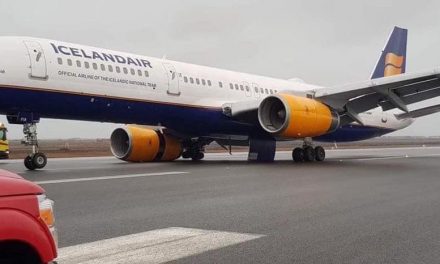 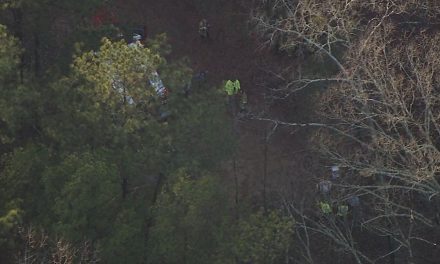