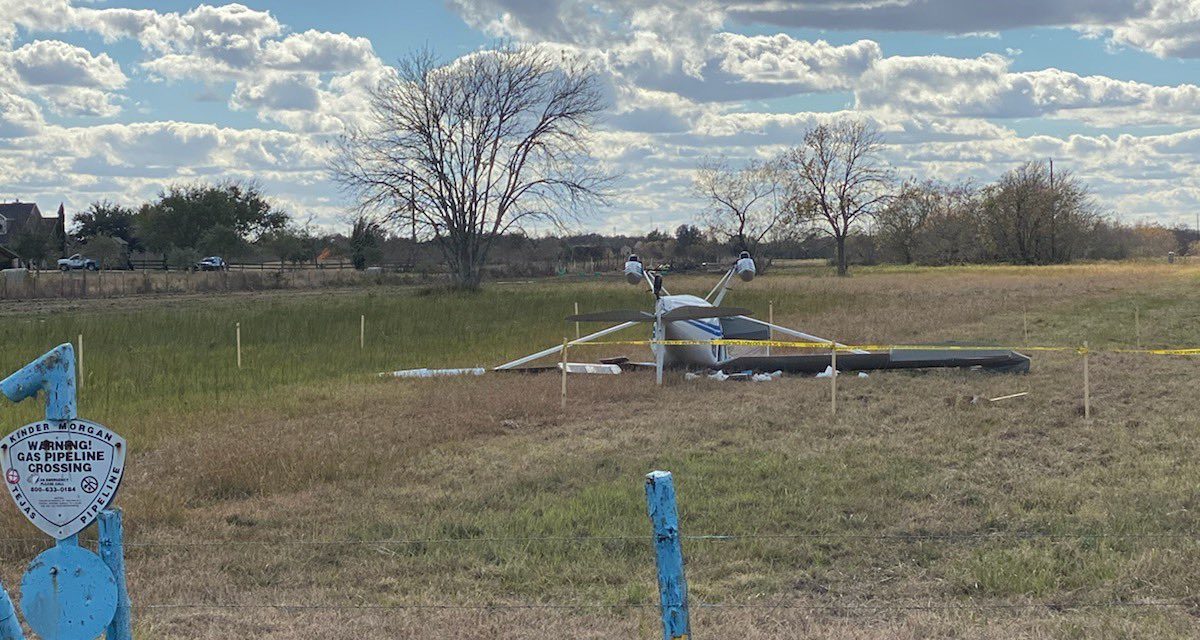 MANVEL, Texas (KTRK) — A pilot is being treated for injuries after a single-engine plane crashed while coming in for a landing at a small airport in Manvel on Thursday.

Texas DPS posted an image of the aircraft upside-down on a field near Oil Field Road.

According to the FAA, the single-engine Luscombe 8A struck a power line and crashed while landing at Wolfe Air Park at about 2 p.m.

The FAA and National Transportation Safety are investigating the incident.

The pilot’s condition was not immediately disclosed by authorities.

Wolfe Airpark has a 2,900-foot turf runway and has approximately 77 aircraft based at the facility, according to airnav.com.