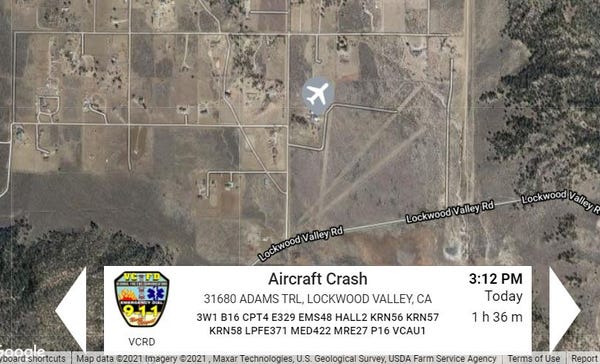 A pilot was flown by helicopter to a hospital after a small plane crashed in the remote Lockwood Valley Wednesday afternoon, officials said.

The single-engine plane was reported down shortly before 3:15 p.m. near the 31600 block of Adams Trail, according to the Ventura County Fire Department. The area is north of Lockwood Valley Road near the county’s northeast corner, close to the boundary with Kern County and the Frazier Park community.

The male pilot was the plane’s only occupant, said Ventura County Sheriff’s Capt. Matthew Young. He suffered injuries that appeared serious, although Young said reports crews at the scene indicated he was expected to survive.

County fire Capt. Brian McGrath said transport time can factor into whether a patient is flown for medical treatment rather than being taken by ground ambulance.

Neither Young nor McGrath knew which airport the plane had departed from or where it had been headed. Poor cell phone reception in the remote area slows communications from the site, they said.

Unconfirmed information indicated the pilot may have been making a long trip from Northern California, Young said.

Young said federal aviation officials were likely to decide Thursday whether they would investigate. 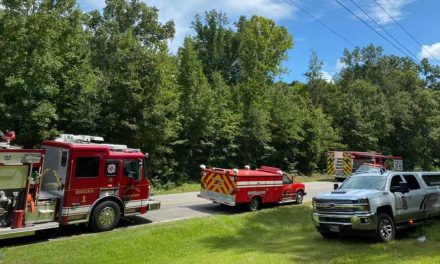 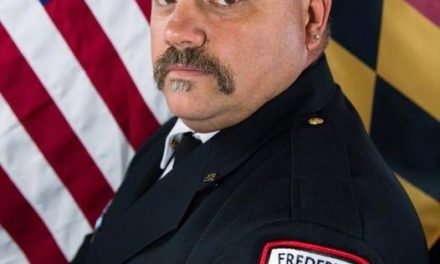 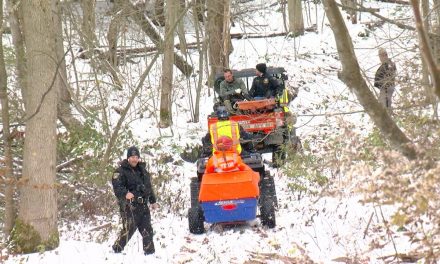