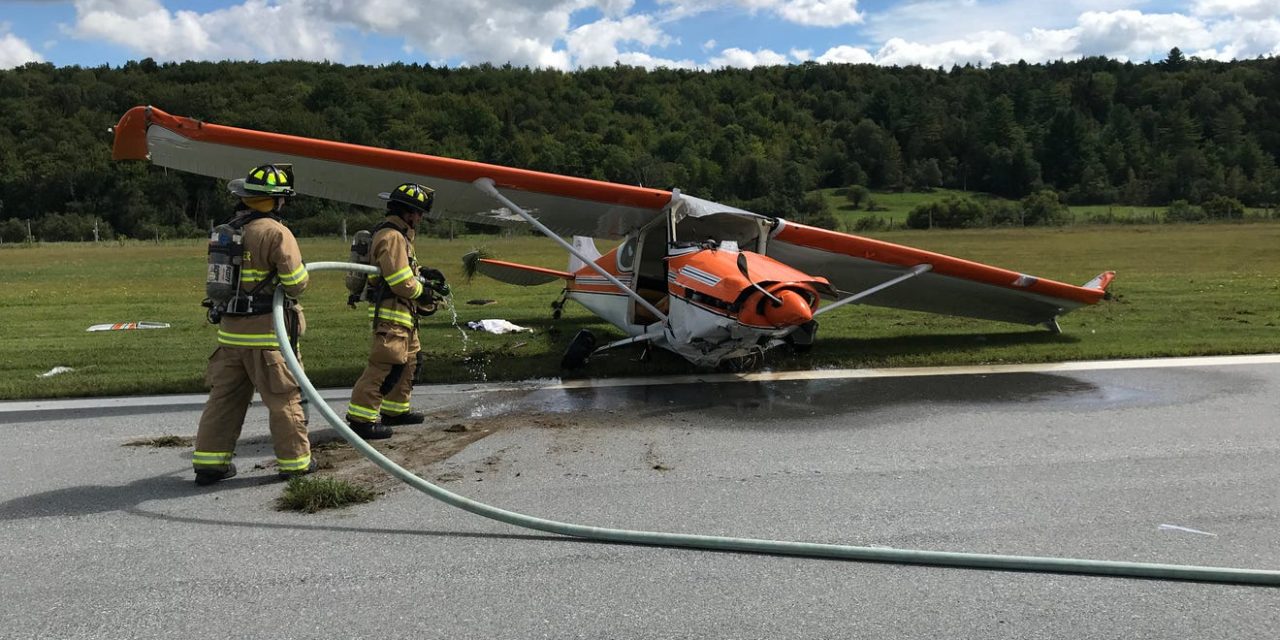 A single-engine airplane crashed at Morrisville-Stowe State Airport on Thursday morning, injuring two, according to the Federal Aviation Administration.

The incident occurred at 11:27 a.m. after the four-seat Cessna 170A landed hard while engaging in touch-and-go landings, according to authorities, trapping the pilot and passenger inside the aircraft.

The two occupants, whose names have been withheld until family members are notified, were each airlifted via helicopter to the University of Vermont Medical Center in Burlington with moderate to severe injuries, according to Morristown police.

The small aircraft is registered to DocJosh Ltd. in Essex, New York, according to the FAA registry.

Adam Silverman, a spokesman for Vermont State Police, said the airport is closed and Stowe and Morrisville police are handling the case.

The FAA and National Transportation Safety Board are investigating the cause of the crash.