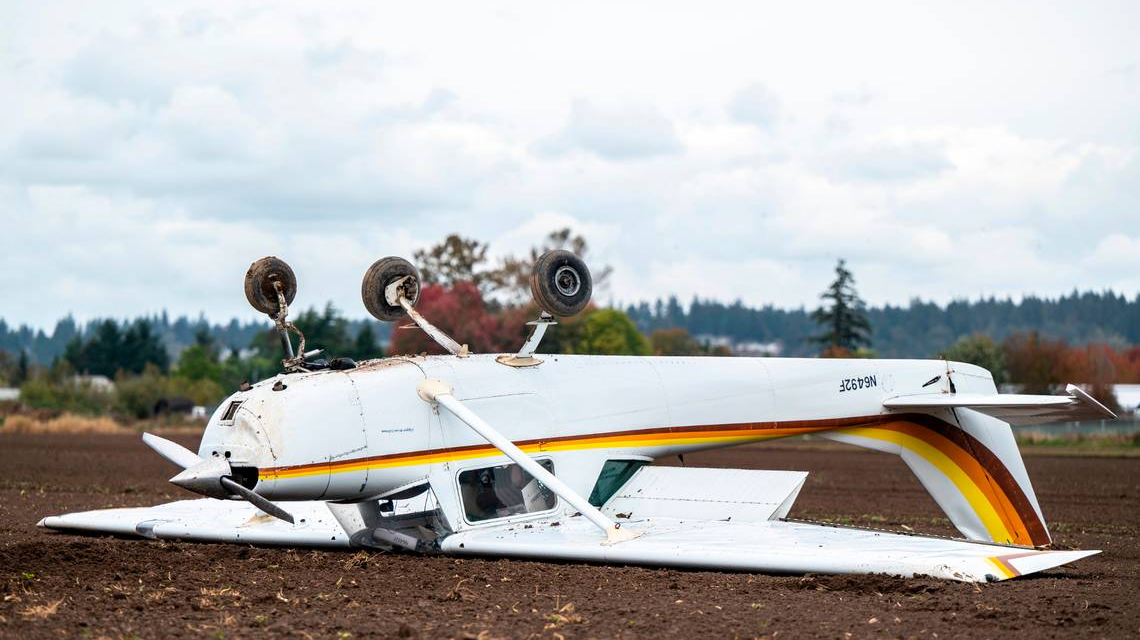 A small two-seater plane crash landed Wednesday afternoon and flipped onto its wings in a field southeast of Tacoma, in the Waller area of Pierce County, according to the Sheriff’s Department.

The pilot was the only occupant of the plane, and he was not injured, Sheriff’s Department spokesperson Sgt. Darren Moss said. He said the man had gotten out of the aircraft by the time first responders arrived.

“The plane is all the way upside down but it doesn’t even look like it crashed,” Moss said. “It just looks like someone picked it up and flipped it upside down.”

Deputies and crews with Central Pierce Fire & Rescue responded to the incident just before noon. Moss said the plane landed in a dirt field east of Pioneer Way and west of 66th avenue.

No structures on the ground were damaged when the plane landed, according to a tweet from the Sheriff’s Department. Moss said the Federal Aviation Administration had been notified and would take over investigation of the incident.

Moss said it appeared that the pilot needed to make an emergency landing and brought the aircraft down to the field. It wasn’t immediately known what led to the emergency landing or where the pilot took off from. The plane appeared largely undamaged from photos at the crash site.