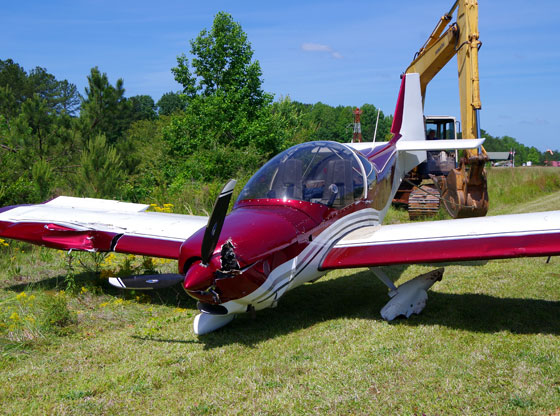 A small plane with two people on board crashed while landing at Gilliam McConnell Airfield Saturday morning. The pilot and passenger were uninjured.

The aircraft was attempting to land when it ran off the end of the runway crashing into a wooded area.

Bystanders witnessed the crash and called 911. The occupants were out of the plane when emergency crews arrived on the scene.

Both people are reportedly from the Albemarle area and were flying in to eat at the Pik-n-Pig restaurant. They were flying in with friends on another plane that had already landed.

Roland Gilliam, owner of the airfield, brought out heavy equipment to clean the trees from the area of aircraft and pulled it back up the bank.