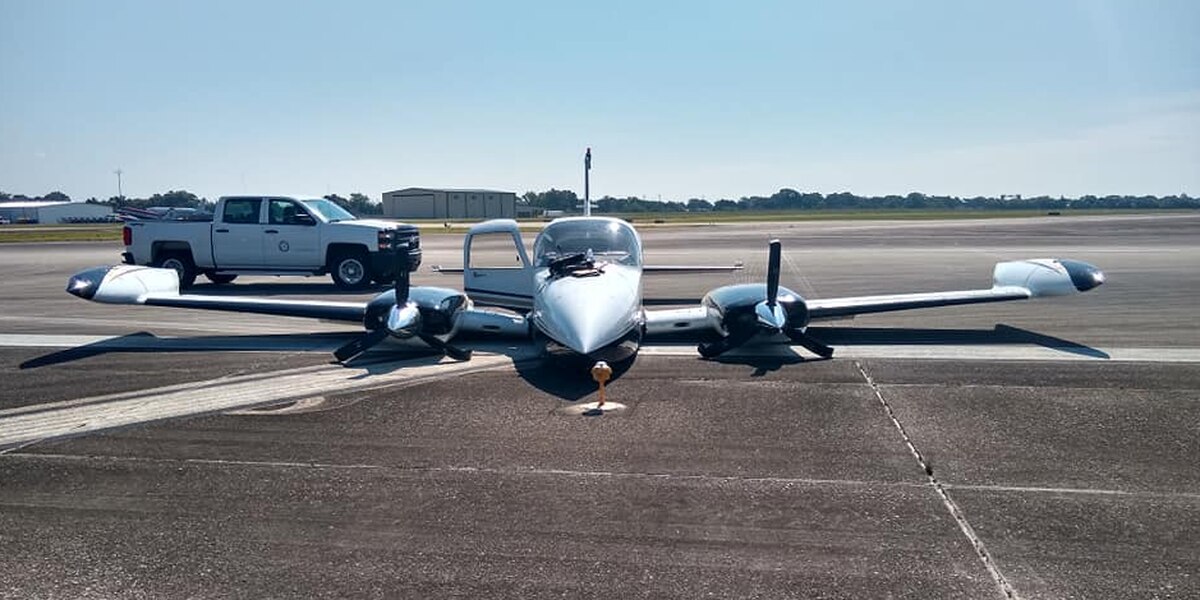 The Houma Fire Department was called to the scene around 8:49 a.m. When units arrived they found a twin engine aircraft on the runway. The pilot attempted to make a normal landing when the landing gear failed and collapsed without warning, emergency officials said.

No injuries were reported by either the pilot or the passenger. No fuel or hazardous material has leaked from the aircraft at the time of this post.

Fire Department and airport staff are standing by for the FAA investigation and maintenance personnel to remove the aircraft from the runway.

The airport was immediately closed to all fixed wing aircraft, while rotary wing aircraft were permitted to continue operations remaining clear of the crash site.

The pilot did an excellent job handling the aircraft during the emergency, according to the Houma Fire Department.