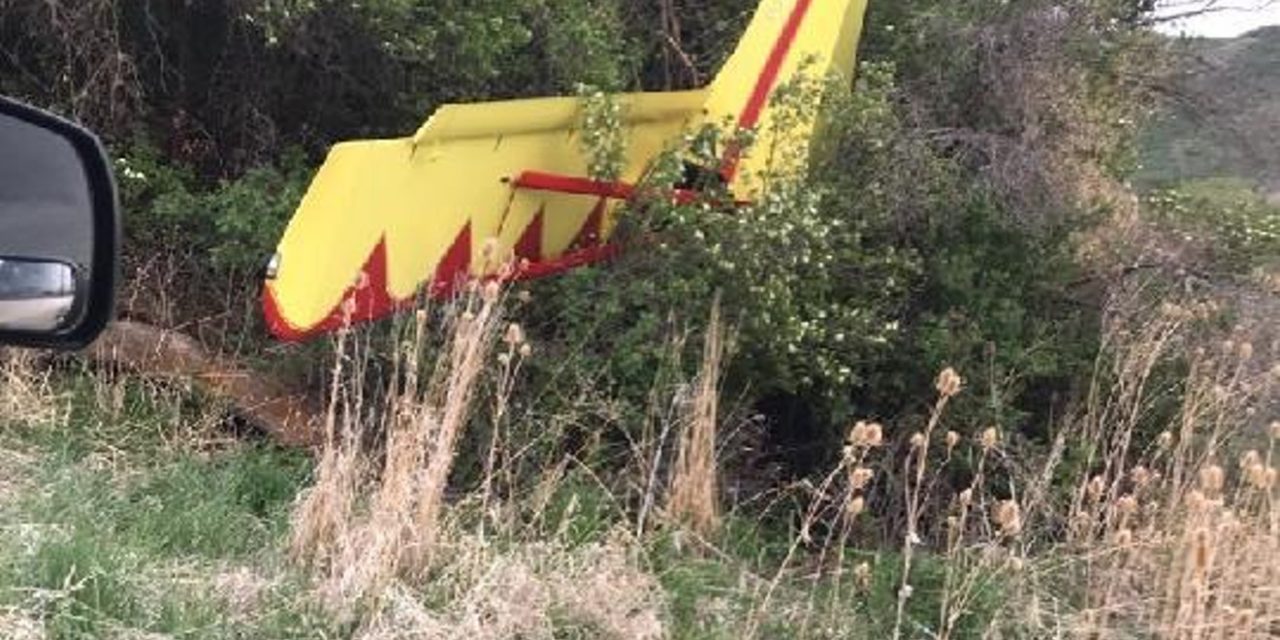 (KUTV) — A small plane with two people on board crashed Monday evening in a field near Richmond in Cache County, according to a press release from the Cache County Sheriff’s Office.

Just after 6:15 p.m. the Sheriff’s Office was notified of a small plane crash at 11481 North and 2000 East. Dispatch informed responding deputies the plane had struck a power pole and was nose down in a bush.

The pilot and his wife only had minor scratches from a thorn bush and declined medical attention on scene according to Cache County Sheriff D. Chad Jensen.

The pilot told deputies that he was attempting to land in a field and had flown over the area to ensure it was clear to land.

The press release states that when the pilot attempted to turn back to land, the wing of the aircraft “struck the power pole and caused the plane to nose dive into the ground.”

The Cache County Sheriff’s Office is coordinating with the FAA and NTSB in investigating the accident.

Rocky Mountain Power was notified to aid in repairing the damaged power pole which caused several homes in the area to lose power. 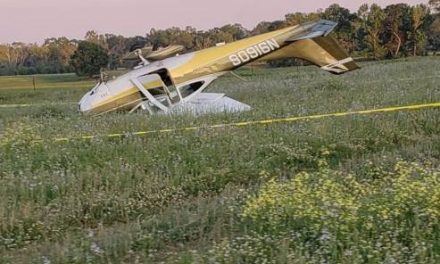