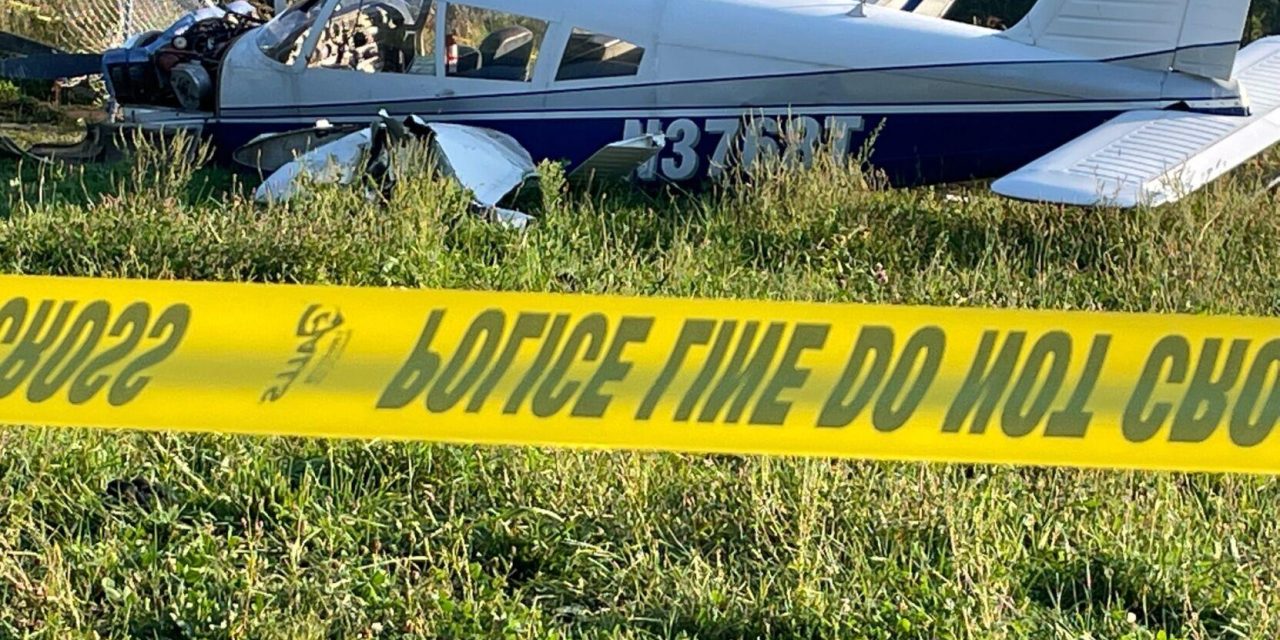 BENNINGTON — The pilot of a Piper Cherokee Arrow airplane was airlifted to Albany Medical Center on Monday evening after crashing during a landing at the William H. Morse State Airport on Walloomsac Road.

Details were unclear Monday evening. Sirens from fire department vehicles and other responders could be heard leaving for the crash site around 5:30 p.m. When the Banner arrived on the scene, the small Piper four-seater was down in a nearby farm field on Airport Road North.

The pilot suffered a non-life-threatening injury but a significant head laceration, said Bennington Police Chief Paul Doucette at the scene. He said the pilot was unsure of what happened, more than likely because of the head injury he suffered.

It appeared the plane was attempting to land from the west, but broke through a barrier fence at the airport and crashed into the field. Both wings were torn from the plane.

Bennington Rescue summoned a med-flight helicopter to the scene, which picked up the pilot shortly before 7 p.m. and transported him to the Albany (N.Y.) Medical Center.

Laura Gillis, the farm’s owner, told the Banner that she heard a bang, and came out of the house and saw the plane down.

“I walked out here just to see. I obviously saw it,” Gillis said of the plane. She said the pilot “started coming out. He was pulling himself out, and I could tell he was bloody. I said, ‘Is anybody else in there?’ He said, ‘No, it’s just me.’”

Gillis said she offered to call 911 and the pilot said yes, although “he was on the phone.”

Doucette said calls about the crash came in to the Bennington Police Department around 5:15 p.m. He said the plane was not on airport property, but on Gillis’ horse field near the airport. Horses were in the field but not injured in the accident. 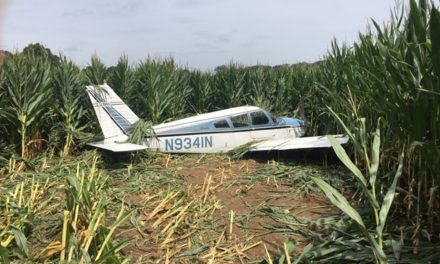