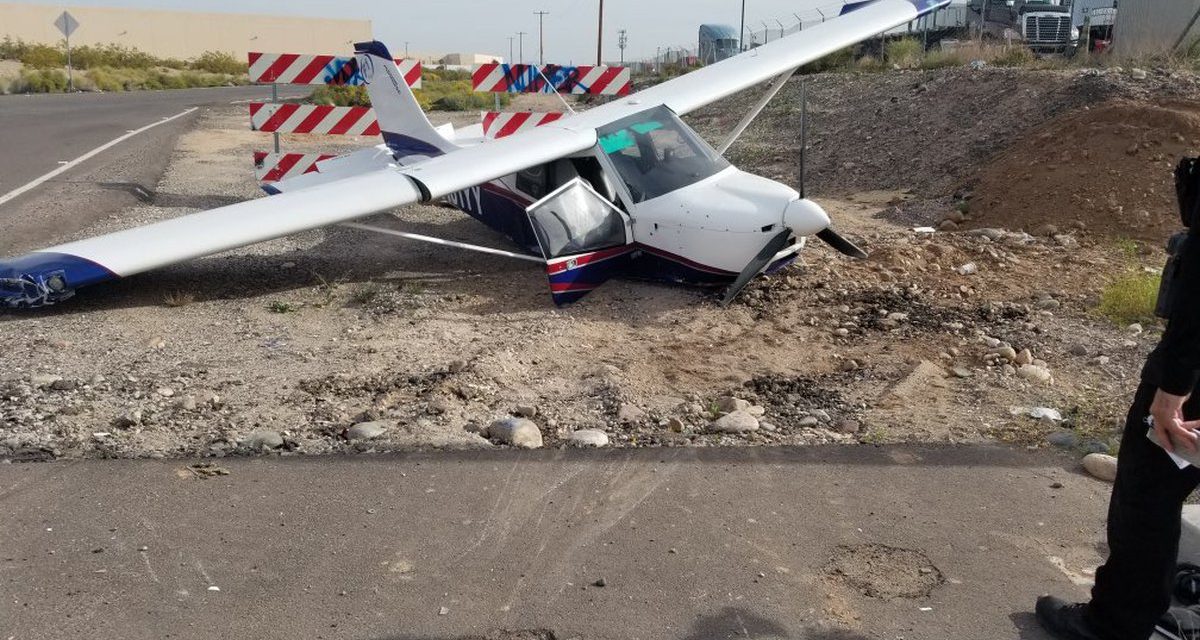 Initial reports started around 8:30 a.m. When crews showed up, they found a small plane in a field just north of the airport. Police say a flight instructor told them the engine failed, and he executed a hard landing. Fire crews say one other person was on board, but both walked away with minor injuries. They chose not to be taken to the hospital. No other information has been released. An investigation is underway.

The FAA released the following statement:

A single-engine PAR1 aircraft made an emergency landing on New River Road in Glendale, Arizona after departure from the Glendale Municipal Airport at 8:36 a.m. local time today. Two people were on board. The FAA will investigate.