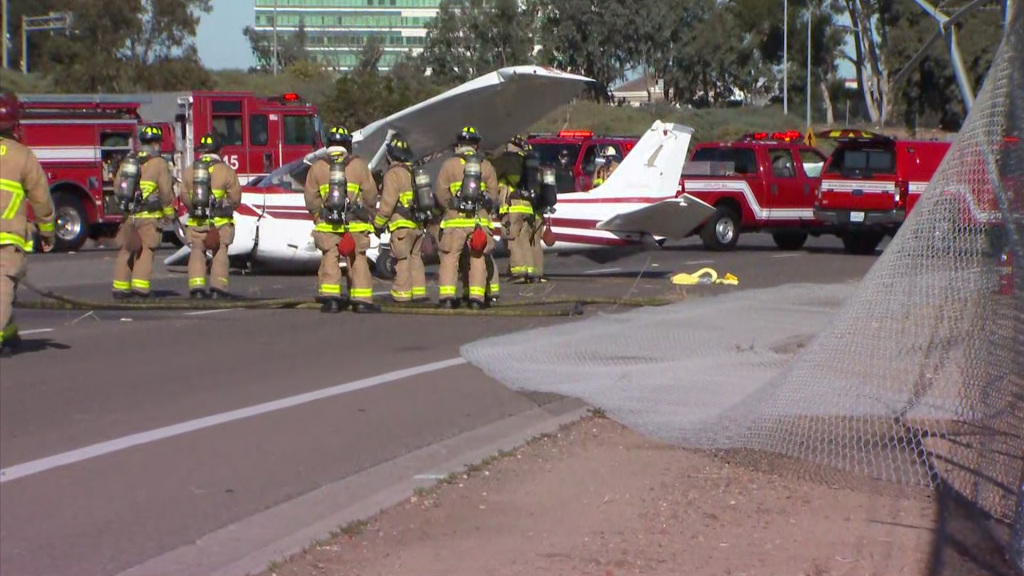 It happened at around 12:50 p.m., the plane, a single-engine Cessna plane, crashed near 4200 Kearny Villa Rd. Two people were on board, the pilot and co-pilot, San Diego Police said.

“Upon take off from the runway, headed west, they experienced a power failure and made an emergency landing on Kearny Villa Road,” said Chris Babler, San Diego Fire-Rescue Battalion Chief.

Babler said the plane was at about 50 feet when they experienced a power failure and then went into an emergency landing mode and crashed through the fencing onto Kearny Villa Road.

No motorists were impacted.

Officials are mitigating a fuel leak as the plane had about 45 gallons, or five hours of fuel onboard. They expect to be at the scene for several hours.

Both persons were evaluated for minor injuries. No fire was reported. 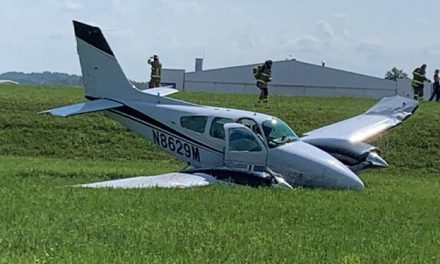 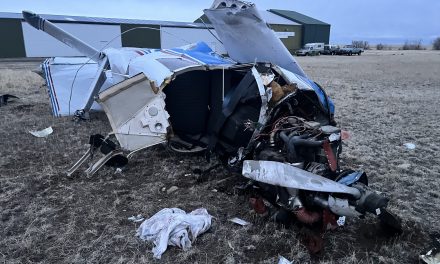