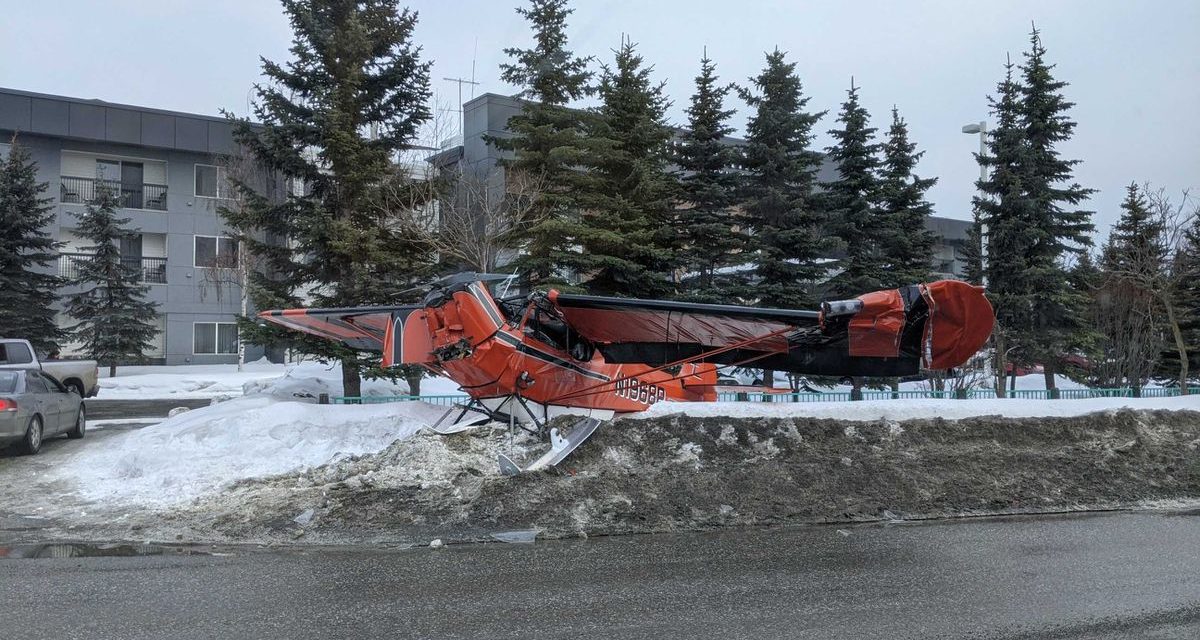 A single-engine plane crashed on Spenard Road on Sunday evening near the Lake Hood float and ski plane base, briefly shutting down traffic in both directions.

One person suffered minor injuries in the crash, police said. The plane, outfitted with skis for landing on snow, sustained damage to its engine and wing, and was grounded on a sidewalk in front of the Courtyard Marriott Hotel.

The National Safety Transportation Board was on-site investigating the crash.

“All we know right now is very preliminary,” said Clint Johnson, chief of the NSTB, who was at the site of the crash on Sunday evening.

“The pilot did report that he had an in-flight emergency. He had a loss of engine power, and he made a forced landing on the road,” Johnson said. 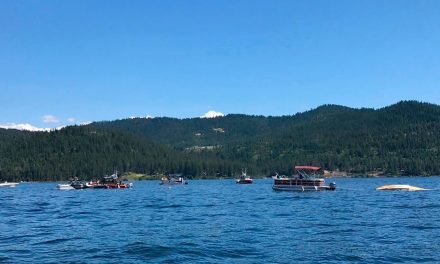 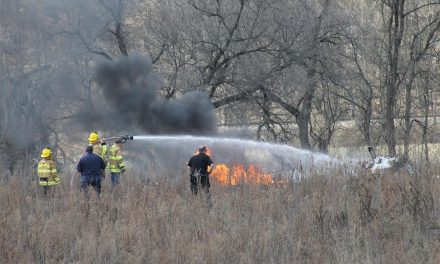