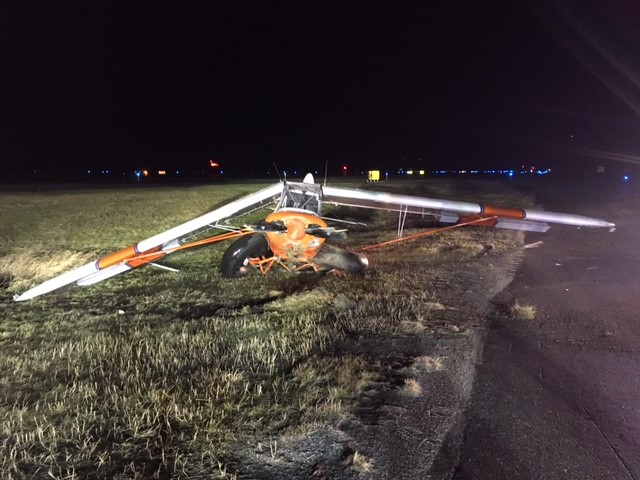 According to Assistant Chief Ed Quinto, a small plane crashed at the airport just after 4 p.m. Wednesday.

Quinto said the plane was moving across the runway when a strong gust picked up a Piper Cub and slammed it to ground.

CCFR reported that the single occupant got out of the plane uninjured.

The airplane is likely a total loss after the incident.