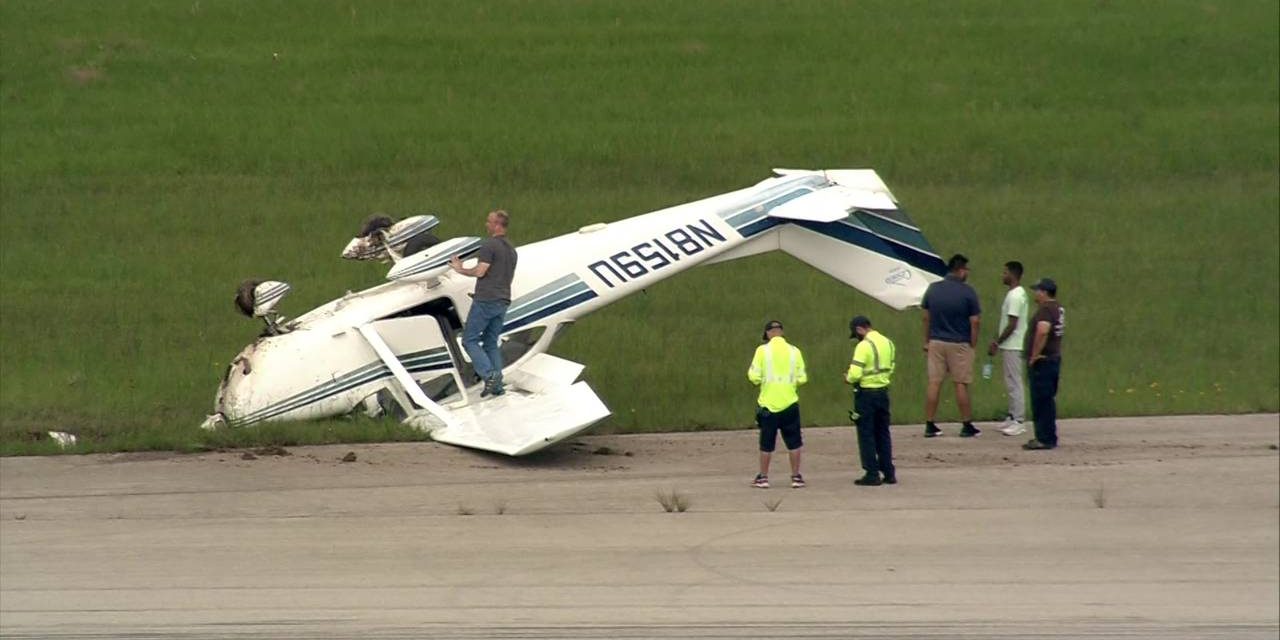 The incident was reported around 4 p.m. at 20803 Stuebner Airline Road.

Klein Volunteer Fire Department said the plane landed and ran off the runway, which caused it to hit the grass and flip over.