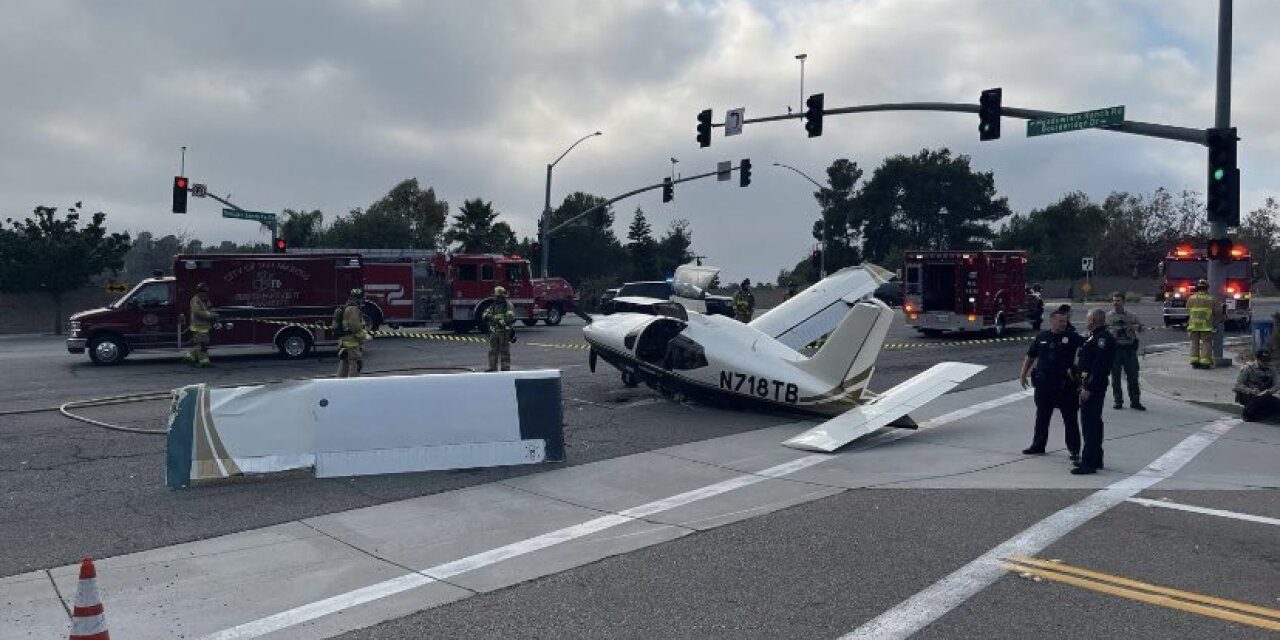 SAN MARCOS, Calif. (CNS) – A SOCATA aircraft made an emergency landing Saturday at an intersection in San Marcos.

The plane landed at the intersection of South Rancho Santa Fe Road and Melrose Drive, hitting a car in the process, around 6:15 p.m., the San Diego County Sheriff’s Department tweeted.

All the passengers in the plane and the car were evacuated safely and were being treated for minor injuries, the department reported. The number of people involved was not immediately known.

The intersection of South Rancho Santa Fe Road and Melrose Drive was temporarily closed according to the sheriff’s department. 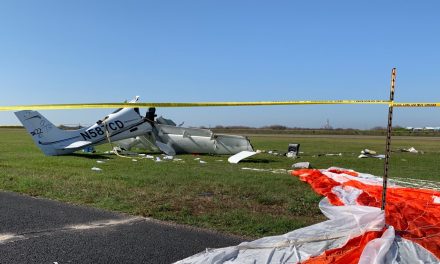