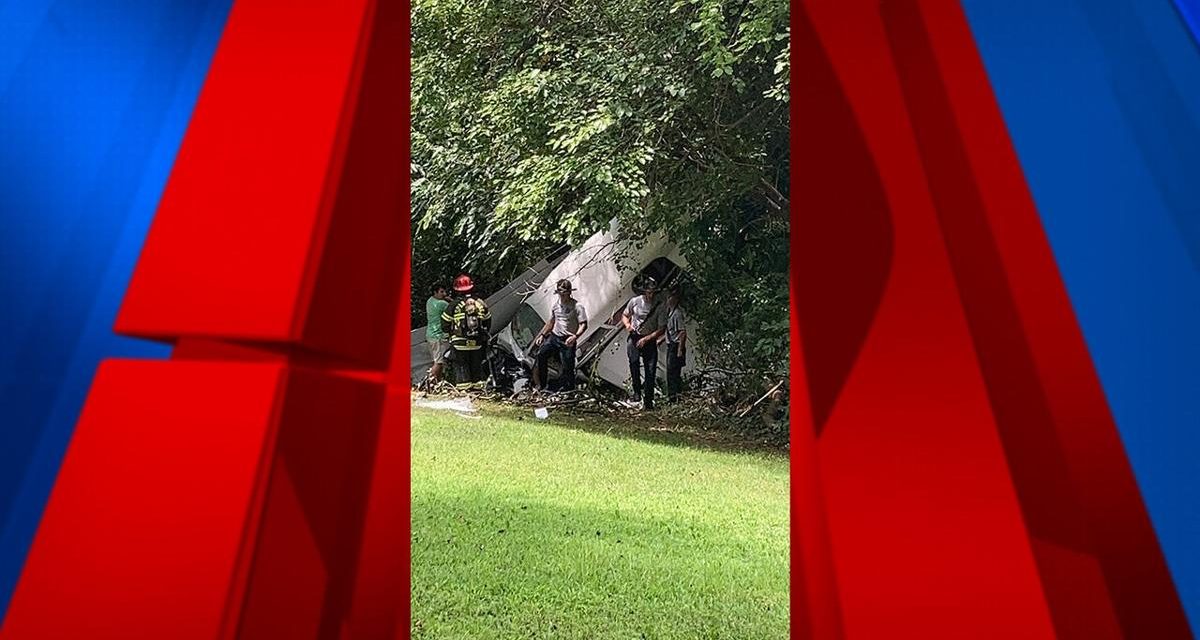 SPARTANBURG, SC (FOX Carolina)- The Spartanburg Fire Department says that three people were injured after a plane crashed into a neighborhood along St. James Drive on Saturday.

Firefighters say that the incident happened at around 12:40 p.m.

Kristen Fike and her family were at a nearby pool when they say the plane came crashing down.

“There was a plane that was just flying in and it was really low but I didn’t pay attention to it at first, we were just like hey everyone look at the plane and just pointing out there was a plane out there.  And then as we watched it, it just got lower and lower and eventually hit right, about 100 yards from us, into the trees,” she explained.

That plane landed in the backyard of Sammy Middlebrooks.

“I heard a loud noise, but this week I had got some limbs down and I thought the limbs had broke again. And I looked back and I seen the plane and I said I think that’s a plane,” said Middlebrooks.

Spartanburg Fire Assistant Chief of Operations Brad Hall says that three people were injured following the crash. All three people were transported to the hospital by EMS, but they do not know their condition right now.

“That’s kind of unusual to have a plane crash in a neighborhood and so we asked for some initial units to respond to that.  We’re told there were multiple calls on it, which usually means there’s something to it,” said Hall.

Hall says that the plane never caught on fire while they were out there. He added that the Federal Aviation Administration is on the way to investigate the crash.

The Federal Aviation Administration says that it was a single-engine Piper PA-32 that was involved in the crash.

According to SPD, units from the Spartanburg Fire Department and Spartanburg County Emergency Management, Department of Health and Environmental Control are also responding.