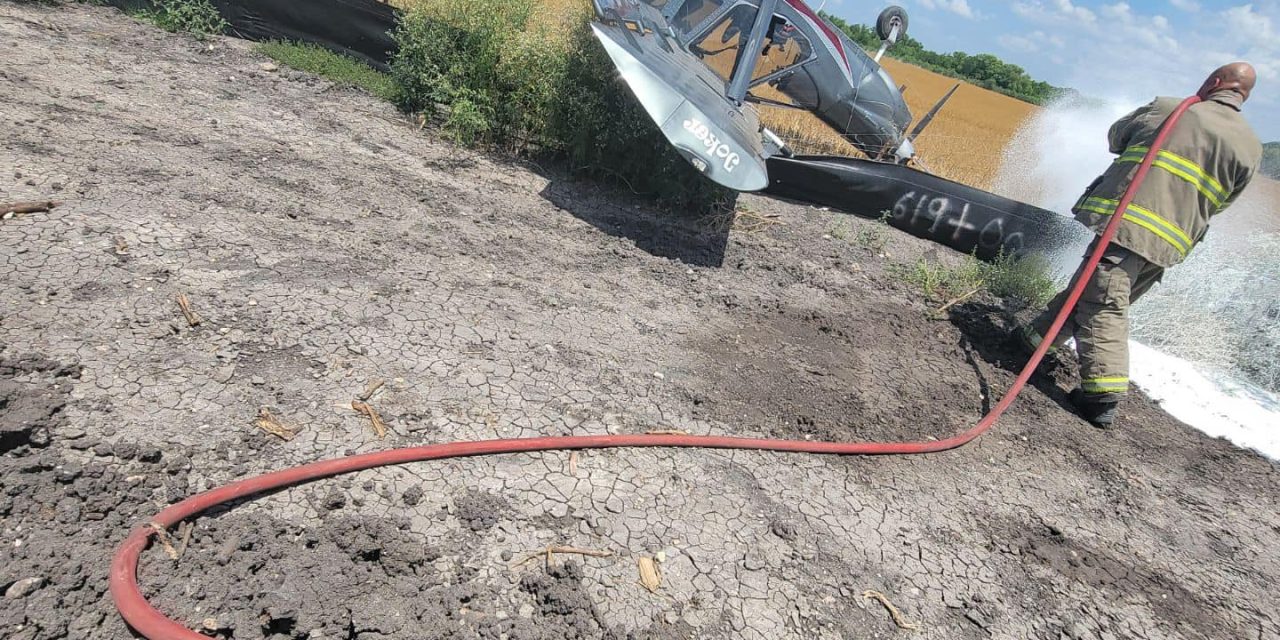 SAN ANTONIO – A pilot escaped with only two scratches after making a crash landing in Medina County.

William Fahey said he was able to walk away from his plane with its wheels up.

Texas Department of Public Safety troopers responded to the single-engine plane crash around 2:41 p.m. south of FM 211 and Culebra Road in Medina County, a few miles outside Loop 1604.

Fahey said he was test flying what he called a small handmade experimental plane when his engine failed.

“It was going fine, engine temps, gearbox temps — everything was good. I got out toward San Geronimo (Airpark), made a right turn to head toward Castroville and the engine just quit,” he said.

Fahey escaped with just a scratch on his arm and the other on his leg.

“I’m absolutely blessed. It could always be worse,” he said.

Fahey said he’d taken the plane up into the sky without any issue before.

He received his pilot’s license in 1980 and picked up flying again in 2019. Fahey said he’s been actively flying ever since.

The Federal Aviation Administration will handle the investigation after they arrive in the area on Friday. After the investigation, Fahey said he plans to fix the plane up and get back into the air.