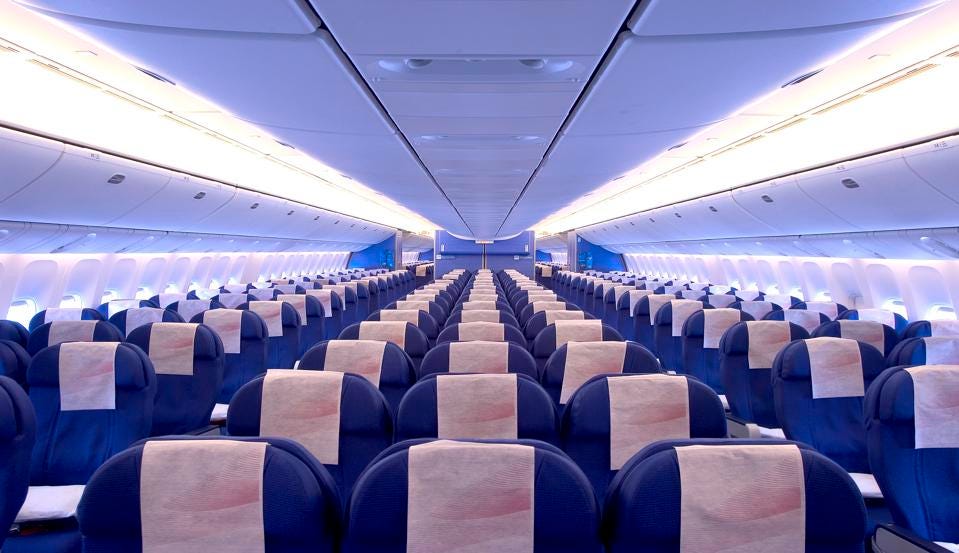 I write about airlines and travel to explain this crazy industry.

There has been a lot of noise recently about regulating the size of airline seats. As a nation we are getting heavier, and so with seats a fixed size there are increasing pressures to make seats wider, or with more space between rows (called seat pitch). Yet airlines have been been moving in the opposite direction, generally adding more seats and finding ways to make seats thinner.

This movement is a subset of the broader inclusive initiatives, and as a concept this is great and where we should be going. That said, this aspect of inclusion runs into the economics of airline ticket prices as it creates conflicts with the idea of bigger or fewer seats. This is a difficult issue to address, and it’s not as if there no regulation in this area either.

How Seats Are Regulated Today

The Federal Aviation Administration (FAA) determines the maximum number of seats that can be installed into most commercial aircraft. This is a function of the number and size of exits, as a quick evacuation in an emergency is the standard. The airlines must prove that a full plane can be evacuated within 90 seconds. The translates to, for example, a maximum of 210 seats on a Boeing MAX-8-200 or 186 seats on an Airbus A320NEO. RyanAir has flown the Boeing 737-NG with the maximum 189 seats for many years.

In 2015, Airbus saw competition between its A320 and the Boeing 737 for the ultra-low cost carrier market. The A320 at the time was certified for a maximum of 180 seats, but the competing 737 could hold 189 seats. Airbus went though a process to re-measure and confirm that the door openings on the A320 were wide enough to allow another row of seats. They were successful, and the seat maximum for the A320 was increased to 186. Now only with three fewer seats than then 737, Airbus felt they had closed the gap. The newer Boeing MAX series pushes this further by adding even more seats to those models.

Airlines must regularly prove that they can meet the evacuation standards. They tend to do this in a sterile aircraft hangar, load the plane full with healthy people, and use a stopwatch to measure the evacuation time. Critics argue that these best case examples do not reflect the reality of a panicked emergency where many customers may not be able to move so quickly.

The economics of airline seats are stark. Airlines have high fixed costs, and hire much of their labor independent of the number of seats on the plane. For example, a 737 uses two pilots no matter how many seats are on the plane. Flight attendants are staffed based on every 50 seats, or 40 in some countries, meaning that adding a row or two of seats mostly means no increase in flight attendants either. Maintenance on the plane is determined by time or operations (number of landings or hours that the engine has run, for example), none of which are influenced by the number of seats on the planes.

This means that adding seats to the plane, in most cases, adds powerful marginal economics to the airline. Moving a 162-seat A320 to 168 seats by adding one row adds six more seats of revenue with almost no increase in costs. With airline margins traditionally thin, adding seats has been a relatively easy way for airlines to increase earnings. The aircraft tube itself is fixed in size, so this opportunity isn’t unlimited. It is, however, one of the primary ways that the ultra-low cost airlines maintain a cost advantage on more product-centric airlines. Adding seats does not add overhead bins, so this issue is also related to the common practice of now charging for baggage.

How Airlines Deal With Larger Passengers

Today, airlines deal with heavy passengers in two primary ways. First, they offer seatbelt extenders for people who fit in the seat but need the extra length. Second, many require heavier people to buy the seat next to them so that they have enough room. This is expensive for the passenger and while many have complained about this, there has not been a court case challenging this on discrimination grounds.

Airlines are not unique in this challenge. Auditoriums, stadiums, theme parks, and more all have fixed size seats that sometimes are too small for the user. The difference for most of these is the cost and ability to accommodate. Recently, a 14-year old boy was killed when he fell off of an amusement ride. It was then learned that the seat he sat in had been modified beyond its safety limits. The operator had chosen this risk rather then tell some that they could not ride.

The recent efforts to try to make seats larger, or reduce the number of seats in each aircraft, do not suggest any way to compensate the airlines for the significant loss to make this happen. More importantly, they show no recognition that fares would have to rise significantly to make this happen and be economically neutral. This is why even some consumer advocacy groups, like Traveler’s United, have asked to put these efforts on hold while a major study is completed to understand all the consequences of such an action. Any action which puts all the costs on the airlines is bound to fail.

Other Ideas To Consider

There are a few other things that airlines and the FAA could do to better accommodate heavy passengers. One is to enforce the regulations already on the books, by testing evacuations with more realistic passengers and in different settings. Another would be to stop airlines from having to comply with conflicting regulations. The Americans with Disabilities Act (ADAADA -3.1%) requires airlines to supply wheelchairs for every customer that needs them. This very well-intentioned mandate clashes with the FAA’s 90-second evacuation requirement. Every day, airlines knowingly do not comply with the FAA safety mandate because they can’t afford to be singled out for not making a wheel chair available. Another idea is for airlines with more spacious seating in some cabins to allow these to be purchased by heavier customers at a discount. This would be low cost at some times, if the seat would otherwise be empty. But it could be quite expensive on otherwise full flights.

This is not an easy problem to solve and policy solutions that ignore the underlying economics are not practical nor helpful. The best answer is to study options further, and work with both airlines and seat manufacturers to find creative solutions so that everyone can fly for a fair price. 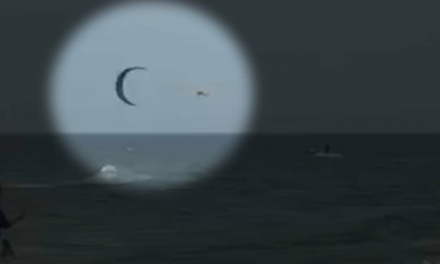