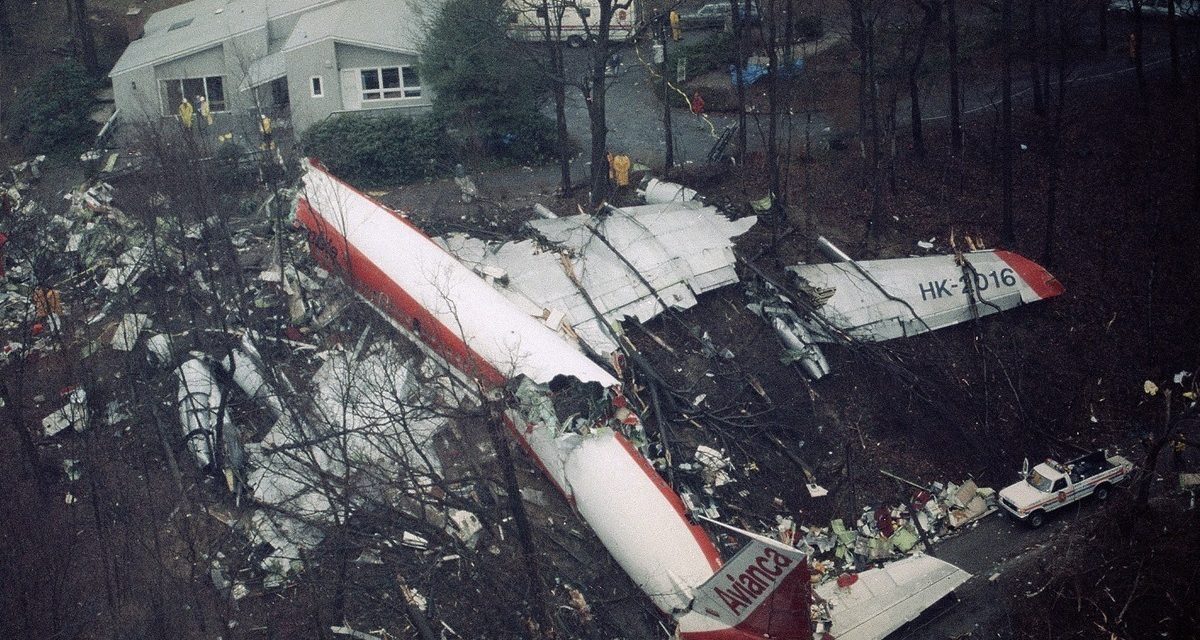 Avianca Flight 52, an international scheduled passenger flight from El Dorado International Airport, Colombia, to New York-John F. Kennedy International Airport, New York (JFK/KJFK) with a stopover at Rionegro/Medellín-José María Córdova Airport, operated with a Boeing 707-321B, registration HK-2016, ran out of fuel and crashed into a hillside in Cove Neck, on the north shore of Long Island, NY, USA.

The aircraft was destroyed. Eight crew members and 65 passengers were killed. The remaining crew member and 84 passengers survived. (73 fatalities, 85 survivors)

The crash of Flight 52 is the 36th deadliest aviation accident on the United States soil. It is also the 20th worst accident involving the Boeing 707.

Avianca Flight AV052 (Bogotá – Medellin – New York-JFK) took off from Medellin at 15:08 with approx. 81000 lb of fuel on board. When arriving near New York, the aircraft had to enter 3 holding patterns. The first for 19 minutes over Norfolk, the second for 29 minutes over New Jersey, and the third pattern over the CAMRN intersection for 29 minutes. Over CAMRN the aircraft descended from FL140 to FL110. At 20:44:43, while holding at CAMRN for 26 minutes, the New York (NY) ARTCC radar controller advised AVA052 to expect further clearance at 21:05. At that moment the Avianca crew advised ATC that they could only hold for 5 more minutes and that their alternate Boston couldn’t be reached anymore due to the low state of fuel. The flight left the holding pattern at 20:47 and the crew contacted the New York TRACON (Terminal Radar Approach Control) who guided AV052 for a runway 22L ILS approach. On finals, at 21:15 the crew contacted JFK Tower and they were cleared to land four minutes later.

Due to the bad weather (300 feet ceiling, 400 m visibility, RVR – runway Visual Range of 2400 feet and wind shear of ca. 10 kt) the crew had to carry out a missed approach at 21:23. ATC vectored the crew for another approach. About 21:32, at 12 miles SE of JFK Airport, engines number 3 and 4 ran down. Shortly afterwards followed by the remaining two. At 21:34, heading 250° and flaps at 14° and gear up, the aircraft impacted on a hillside in a wooded residential area on the north shore of Long Island. The starboard side of the forward fuselage impacted and fractured the wooden deck of a residential home.

“The failure of the flight crew to adequately manage the airplane’s fuel load, and their failure to communicate an emergency fuel situation to air traffic control before fuel exhaustion occurred. Contributing to the accident was the flight crew’s failure to use an airline operational control dispatch system to assist them during the international flight into a high-density airport in poor weather. Also contributing to the accident was inadequate traffic flow management by the FAA and the lack of standardized understandable terminology for pilots and controllers for minimum and emergency fuel states. The Safety Board also determines that windshear, crew fatigue and stress were factors that led to the unsuccessful completion of the first approach and thus contributed to the accident.” 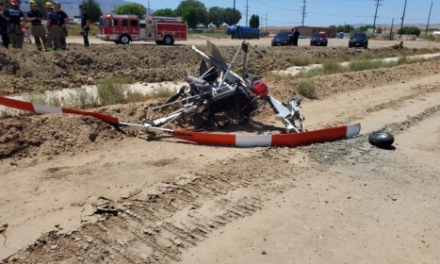