Narrative:
TAN-SAHSA flight 414, a Boeing 727-200 was a scheduled flight from San José (SJO), Costa Rica to Tegucigalpa (TGU), Honduras with an intermediate stop at Managua (MGA), Nicaragua.
At the end of the final leg of the flight, the crew were cleared by Tegucigalpa ATC for the VOR/DME runway 01 approach, which includes a series of three step-downs from the initial approach fix altitude of 7500 ft MSL to avoid high terrain in the neighborhood of the airport. Rather than following the prescribed step-down procedure, however, the crew began a continuous descent from about 7600 ft MSL at about 11 NM from the airport to the accident site. The aircraft’s descent profile was well below the published step-down course for the entire approach. The aircraft impacted a mountain known as Cerro de Hula at the 4800 ft MSL elevation, approximately 800 ft below the summit, 4.8 NM from the Tegucigalpa runway 01 threshold. At impact, the aircraft was in approach configuration. 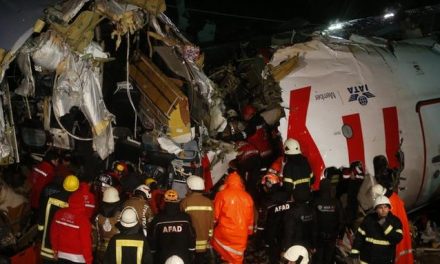